Major tech companies have grouped together to form an independent organisation specifically focused on stopping terrorists from exploiting their websites. 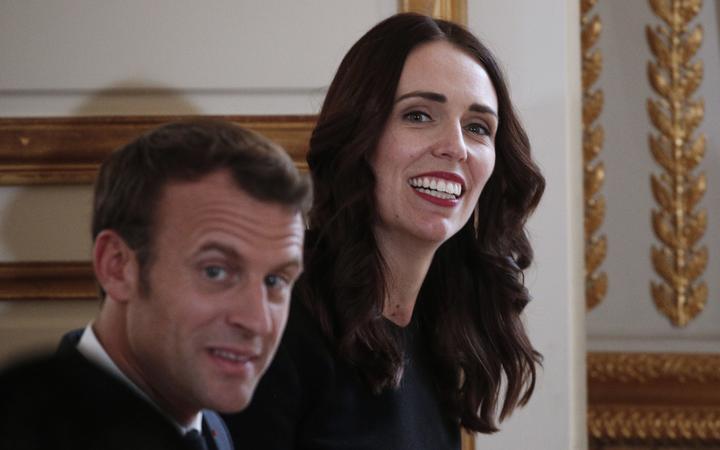 In May Facebook signed up to the Christchurch Call to Action in Paris, co-chaired by Prime Minister Jacinda Ardern and French President Emmanuel Macron. Photo: AFP

Global support for the Christchurch Call has ballooned with another 31 countries and two international organisations joining the voluntary pact to eliminate terrorist and violent extremist content online.

The progress was announced at a meeting hosted by Prime Minister Jacinda Ardern at the United Nations headquarters on Tuesday morning (NZT).

The nations joining the pact include Denmark, Mexico, Sri Lanka and South Korea, as well as UNESCO and the Council of Europe - bringing the total numbers to 48 countries and three international organisations.

Speaking at the meeting, Ms Ardern thanked the new participants and remarked on the progress made since the Call was debuted in Paris in May.

"In only four short months we have collectively made real strides toward both preventing and responding to the very real harm caused by terrorist and violent extremist content online."

Ms Ardern also announced a new "crisis response protocol" - a shared set of expectations of exactly who to contact in the event of another terror attack like Christchurch.

"I don't want any other country to be placed in the situation New Zealand was in the minutes, hours and days after the attack in Christchurch, when we were left scrambling to respond to and remove livestreamed hate."

Google is to run a "testing exercise" in New Zealand in December to ensure all companies and governments are prepared in the event of a future attack.

Ms Ardern also praised the tech companies - which include Facebook, Microsoft, Twitter and YouTube - for their "substantial, meaningful commitment" in re-establishing themselves as a standalone body. 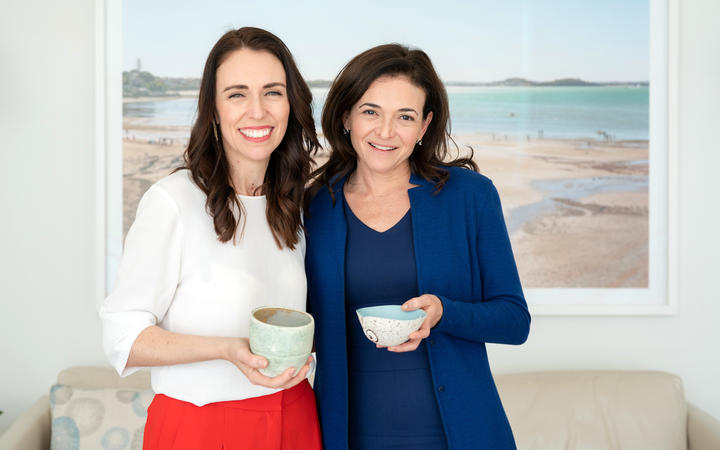 Speaking to reporters in New York, Ms Ardern said she'd discussed with Facebook that footage of the Christchurch attack was still being posted on its platform.

"And a message very clearly that Facebook has given is they are still trying to do what they can to remove all evidence and all remains of that video".

Some videos had been edited in a way that they weren't automatically removed, Ms Adern said.

"Facebook have simply asked that we continue to tell them if there are any copies found and that they will remove them - but they acknowledge it's a problem".

Despite the United States not formally signing up, alongside dozens of other countries, there had been a "really good level of participation and support" from the US, Ms Ardern told reporters.

"In my mind we've made good progress regardless, the participation of the tech companies in particular, that's how we've been able to collaborate, get the outcomes we need, because they're the ones who ultimately need to change policies, need to change their practice."

She did not believe the formal absence of the US had not "fundamentally changed the outcomes" of what has been delivered by the Christchurch Call.

The tech consortium - known as the Global Internet Forum to Counter Terrorism (GIFCT) - was established in 2017 but, in a statement, said an overhaul of its structure would allow it to deepen industry collaboration.

"The new, independent GIFCT will integrate its existing work to develop technology, cultivate strong corporate policies and sponsor research with efforts to fulfil commitments in the nine point action plan released after the Christchurch Call.

"More importantly, it will institutionalise the spirit of shared purpose that the Call represents."

The group said the Christchurch terror attack and the "extraordinary virality of the attacker's video online" illustrated the need for the tech companies to do more.

"We believe these next steps are best executed within an industry-led framework with deep input from both civil society and governments."

The major companies have also released their algorithms to allow smaller companies to use a shared database of "digital fingerprints" to help them with blocking objectionable material.

Details about exactly how the new GIFCT model will operate are not clear, but it will have an executive director and be overseen by a industry-led board.

The new organisation will set up working groups to research and advise it on specific topics such as the radicalisation of people online.

A delegation of NZ officials last week travelled to Facebook's Singapore office to witness its operations and the work being done to limit harmful content.

"They asked hard, but important questions of us and we learned what was top of mind for them," Facebook Chief Operating Officer Sheryl Sandberg said in a statement.

"This is one of the steps we're taking to build a foundation for effective collaboration as part of the Christchurch Call.

Ms Ardern will reconvene with the three companies - along with representatives from Google, Amazon and Twitter - later for a roundtable meeting to discuss further steps for the Christchurch Call.

National leader Simon Bridges has previously described the initiative as a "big talkfest and last week told RNZ the pledge was undermined by the lack of support from the United States.

The US did not attend the initial Christchurch Call summit in May, instead issuing a statement saying it supported the pledge's "overall goals" but was not currently in a position to join.

In its statement, the White House cited the importance of "freedom of expression and freedom of the press".

Facebook last week announced a raft of planned changes, including an initiative which would direct New Zealanders to anti-hate websites if they searched for white supremacy content.

InternetNZ chief executive Jordan Carter said he thought the update was a "reasonably solid list of accomplishments", saying he was particularly interested in the improvements to the GIFCT.

"Making that a more stable and well-funded organisation that can do some of the follow up work from the call is a good idea because it's good place to have an institutional home to do that," he said.

He was also pleased by the progress in expanding the call beyond just governments and tech companies.

"One of the things we were worried about was it'd just be a closed-room deal.

"Governments usually have only a few people working on internet policy issues and the big tech companies have a massive advantage when it comes to data and understanding their own systems. What the civil society academic community can bring is a deeper understanding than governments can't afford to pay for themselves."

He also said that although the United States had notably not signed on to the Call, that did not mean it was absent from discussions.

"They're engaged, they have some particular reasons and restrictions on what their government can do in the freedom of speech aspects here so I can understand why they're not signing but I don't think that means they're absent.

"There's a big dialogue going on in [Washington] DC about how to regulate the tech companies better, so it isn't like the Americans have, like, thrown their toys out of the cot and run away."

What is the Christchurch Call?

The three-page pledge was born in the aftermath of the Christchurch terror attack in which 51 Muslim worshippers were killed and the shootings broadcast live online.

The commitment won plaudits when it was launched in Paris in May, but criticism has grown over a perceived lack of progress or substantive change by the major tech companies.

The document - which is non-binding - includes a series of commitments to combat the spread of terrorist content online.

For example, governments pledge to consider ways to prevent online services being used to share terrorist content, including possible regulation. They also commit to properly enforce laws already in place banning such material from being created or shared.

The tech companies promise to take transparent, specific measures to prevent violent extremist content being shared on social media, immediately focusing on the risk of livestreaming.

Notably, the companies commit to working together to ensure their efforts are coordinated and robust.

The Call notes that all action must be consistent with principles of a free, open and secure internet and must not compromise human rights including freedom of speech.