The National Party have laid out its list of demands for the second tranche of firearm law reforms. 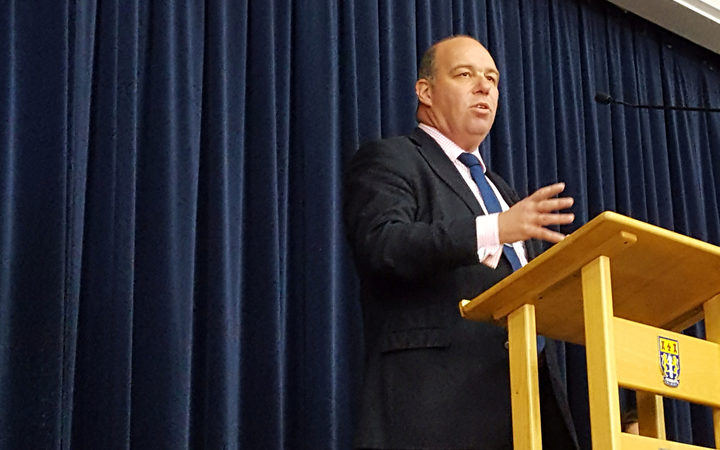 The first reading of the Arms Legislation Bill is due to be held tomorrow, but the National Party has today listed 13 changes they want to see made to the bill.

They include clubs and shooting ranges only having to notify police, rather than seeking their approval and certification.

It also wants to keep the license duration at 10 years and new exemptions for sports shooting and pest control.

"The last thing we want to see is over-burdening regulations, such that some organised groups such as clubs or ranges then just stop participating and instead we see New Zealanders shooting their firearms on private property out in the back blocks and actually less oversight on their activities than we currently have," he said.

When asked whether the party would be unlikely to support the bill if the 13 changes aren't made, Mr Hudson said it was not all or nothing, but the changes were all sensible and in some cases minor.

"[It] would focus the bill where it should be, so take less onus and cost from law-abiding New Zealanders and put in far greater attention on genuine criminal activity," he said.

Mr Hudson said the government has decided any commercial activity involving a firearm should require a dealer license - which would restrict activities to a single address.

"He would be required under this bill to have a dealer license, but it would mean he can only provide those services at his armoury.

"I'm sure Mr Cameron and others aren't going to want to shoot their movies at his property," he said.

He said four of the changes are outside the scope of the bill, so they would need a special agreement from the House for them to be discussed at the Select Committee stage.

"We'd like to see the Minister either move a motion himself, or at least to support an amendment to his motion that we make.

"That would show a Government that actually truly does want to have genuine consultation over reforms and is seeking to maintain consensus, should he choose not to do that, that's a pretty clear signal to New Zealanders."