Acting Prime Minister Winston Peters says the government has had "meaningful" discussions with Fletchers on how to resolve the situation at Ihumātao. 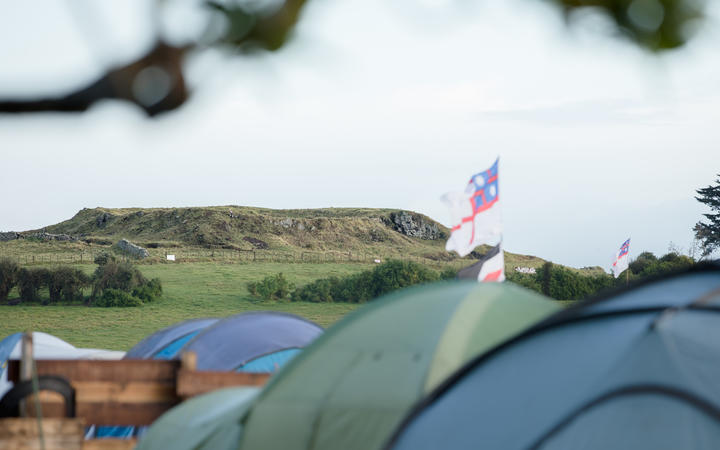 Finance Minister Grant Robertson met with Fletchers last week, at their request, after mana whenua reached a consensus that they want the disputed land back from the building developer.

Last week Fletchers expressed its disappointment that six weeks after it halted building at Ihumātao there was still no resolution.

Mr Peters said he understood the talks with Mr Robertson were productive.

"Various potential options were aired, the character and nature of which I can't share with you because no finality resulted from those discussions," he said.

Mr Peters said Fletchers is not pressuring the government to allow them to resume building at the site.

"No I can't say it in that way, but that's not to dismiss that they might want to be involved in some future building.

The land near Auckland Airport has been occupied by members of the Save Our Unique Landscape group for almost three years to oppose Fletcher Residential from building 480 houses there.

But the occupation ramped up on 23 July after police served occupiers with an eviction notice. Since then thousands from across the country have flocked to the site and hundreds have camped there.

After growing public outcry, Prime Minister Jacinda Ardern stepped in and put a halt on development until a decision was reached about how to proceed.