Prime Minister Jacinda Ardern is making no apology for her focus on the Christchurch Call at the United Nations next week and points to Facebook's recent action as a sign of early success.

Ms Ardern is expected to announce progress on the international pledge - which aims to eliminate terrorist content online - during her visit to New York.

National Party leader Simon Bridges last week dismissed the commitment as a "talkfest" and said Ms Ardern should focus on matters New Zealanders care about instead.

But speaking to RNZ before heading overseas, Ms Ardern said the government was never doing just one thing at any given time.

"New Zealand has always been a country that when it sees a need and a gap, it tries to fill it. And that's never at the expense of our other interests."

As well as championing the Christchurch Call, Ms Ardern said she would use her time in New York to pursue trade and investment opportunities and promote greater global action on climate action.

She'll sit down with a roundtable of executives from Facebook, Microsoft, Google and Amazon in a repeat of a similar meeting in Paris in May.

"These are tech companies that, by and large, don't work together with their competitors," Ms Ardern said.

"And what we're asking is for them to start working together, because this video was not shared just on one platform."

Facebook yesterday announced a raft of planned changes, including an initiative which would direct New Zealanders to anti-hate websites if they searched for white supremacy content.

"Facebook's actions highlight some of the early success of the Christchurch Call and show real change is happening," Ms Ardern said. 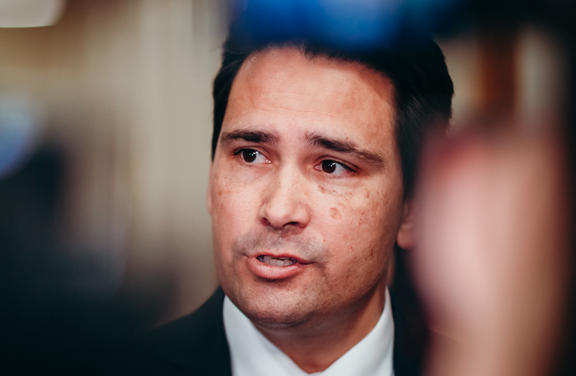 Mr Bridges yesterday told Morning Report that the pledge was undermined by the lack of support from the United States.

"If it's going to make a significant difference, you need the United States administration which has the powers - in relation to the Facebooks, the Twitters, the social media multinationals - to effect change."

The US did not attend the initial Christchurch Call summit in May nor join the agreement but it did issue a statement saying it stood with the international community in condemning terrorist and violent extremist content online.

The White House cited freedom of expression and freedom of the press as reasons it would not be signing up.

Ms Ardern told RNZ New Zealand had remained in direct discussions with the US since the signing.

"For me, whether they sign up or not, as long as we keep seeing that progress, particularly from the tech companies themselves, that's really important."