The Law Commission has laid out possible options for an abortion law reform.

The Bill, which passed its first reading and is now in front of the Select Committee, would remove abortion from the Crimes Act and the procedure would instead be treated as a health issue. 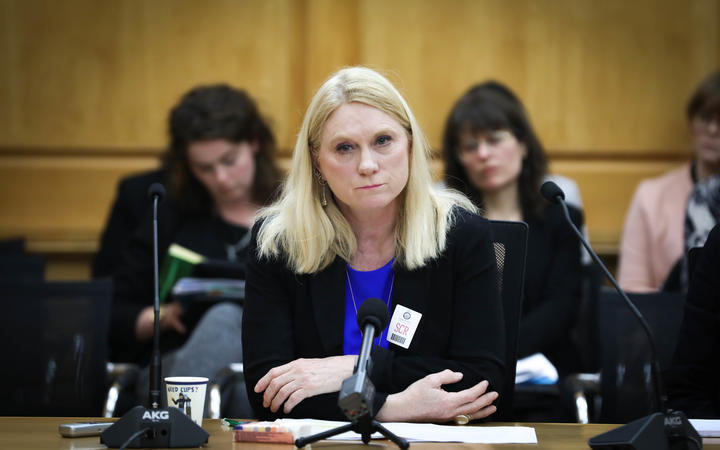 Justice Minister Andrew Little asked the Law Commission to provide advice on how to undergo a policy shift in New Zealand's legal system.

Under option A there would be no statutory requirement and no specific legislation, it would be a matter between a pregnant person and the medical practitioner.

"That model was the one that medical experts told us was the most akin to how other health issues are treated in our legal system," Ms Clark said.

Option B was the most restrictive, which would include a statutory test being applied before an abortion could be performed, meaning the health practitioner would have to reasonably believe the abortion was appropriate in the circumstances.

Option C was a compromise of the two other options, with the inclusion of a gestational limit of 22 weeks.

The situation would be the same as the first option, but after 22 weeks there would need to be a statutory test.

None of the options would have abortion under the Crimes Act.

The last option was the closest to the current bill, with the exception of the gestational limit being cut back to 20 weeks, instead of 22.

The Law Commission sought advice from DHB abortion clinics and medical practitioners and received more than 3000 submissions as part of their consultation process.

Ms Clark said option C took into account submitters and some in the medical profession wanting to recognise the foetus's development and greater protections later in the pregnancy.

"We sought medical advice on when a foetus would be viable outside the womb, the medical evidence seems to be gathering around a consensus of 22 weeks, but some specialists are at pains to report it's a grey area," she said.

The Law Commission also investigated whether a change would result in more abortions, if they became more accessible.

"We took from that the actual abortion rate is declining and there haven't been many that had not occurred because of the current regime, so it doesn't seem likely," Ms Clark said.

She said when other overseas jurisdictions had increased access, it hadn't affected the overall number of abortions, but they did occur earlier in the pregnancy.

The Commission also decided against making a recommendation for safety zones to be automatically provided.

However, Ms Clark said they could be implemented by a case by case basis.

Submissions are ongoing, with a final report from the Abortion Legislation Committee due back in February 2020.