The minister responsible for a Crown grants scheme has gone to ground after RNZ revealed the scheme funded anti-abortion charities. 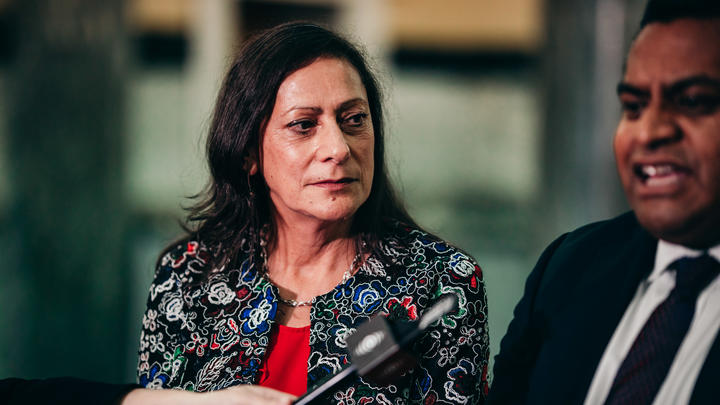 More than $335,000 of taxpayer money was given to Pregnancy Counselling Services (PCS) and Crisis Pregnancy Support (CPS) through the Community Organisation Grants Scheme (Cogs) over the past 15 years.

PCS claims to be a non-religious, non-political entity, but RNZ reported this week their stated goal is to talk people facing unexpected pregnancies out of having abortions. Both organisations have lobbied against abortion law reform, and are part-funded by church groups.

Rules around the administration of Cogs grants clearly state that services or activities that promote political or religious activities will not be funded.

Minister for the Community and Voluntary Sector Poto Williams would not comment on whether funding the anti-abortion organisations was appropriate.

Ms Williams was not available to speak to RNZ this week. Responding to written questions, Ms Williams' press secretary said the minister did not get involved in individual grant applications or decisions.

When asked if the minister would call for the process that approved funding for these organisations to be reviewed, Ms Williams' press secretary repeated the same line.

This is despite a recently-released briefing to the minister saying, "As minister, you are responsible for the allocation of over $21 million in Crown grants across various funding schemes."

This includes the $12.5 million Cogs scheme.

As well as not funding services or activities that promote political or religious activities, Cogs grants are not to fund services that duplicate those already available.

PCS and CPS both offer pregnancy counselling, which is already available for free via government funded district health boards (DHBs).

She questioned why those who made decisions about Cogs funding would offer grants to organisations like Pregnancy Counselling Services and Crisis Pregnancy Support, when there was a free mandated service available to people seeking information about pregnancy.

"There are many other organisations - perhaps women's centres - that would offer women a wrap-around service in terms of their health and mental health and their needs, rather than being focused on just one issue.

"I could think of numerous organisations that I would prefer the government to be funding", she said.

In a written statement, Internal Affairs community operations manager Robyn Nicholas told RNZ that PCS and CPS grant applications "showed that Cogs funding was being sought to deliver counselling services to vulnerable women and their families", and that local committees determined that both PCS and CPS met local priorities and need.

Internal Affairs would not rule out continuing to fund the organisations in the future.