Yesterday, the Ministry of Health published a list of proposed regulations - covering cultivation, licensing, manufacture and supply - for public feedback.

The document unveils the first look at what New Zealand's legal medicinal cannabis market could look like since the government passed a law setting the ball in motion in December.

The types of products to be allowed include oils, ointments, tablets, patches and dried cannabis for vaping. Edibles and synthetic cannabinoids would not be included.

Under the proposed scheme, only Ministry of Health-approved products could be freely prescribed by GPs without needing a specialist opinion.

Dr Clark told Morning Report the scheme was also being set up to recognise the worldwide shortage of such products.

"There's thousands of New Zealanders in pain that would benefit from better access to medicinal cannabis products.

"By having the scheme here, not only do we give the potential for more people to be able to access those products, also it's an $80 billion industry ... predicted to be by 2025 by some sources ... [that] manufacturers and exporters can also benefit from if we get the standards right so that their products are recognised internationally."

He said the aim of the regulations was to make the products more accessible for people who needed them.

"That's the job of the expert group, is to provide regulations that strike the right balance, obviously wanting to make sure that we have quality standards, appropriate licensing arrangements and so on for prescription medicines but also trying at the same time to make sure that these things are more accessible."

However, Dr Clark said one of the challenges put forward was why people couldn't just grow cannabis plants themselves if that would make it more accessible.

He said the proposals were now being tested alongside clinical experts, manufacturers and exporters.

Last year, National came up with its own scheme for medicinal cannabis, which it says the government has ignored.

National's health spokesperson Michael Woodhouse told Morning Report that there were still many unanswered questions about the processes. 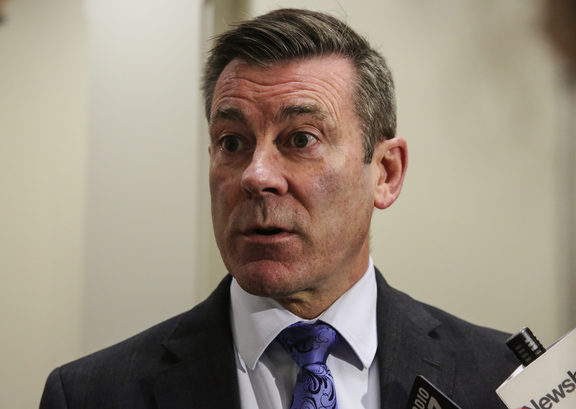 "We still don't know what that framework is going to be, there are a lot of questions about the manufacturing process, where cannabis can be produced, how close to schools and residential areas ... so there's a long way away before we can say 'yes, they've got this right'," Mr Woodhouse said.

"Unfortunately, they weren't prepared to have a look at some of the excellent suggestions that were produced by the National Party, thanks to the work of Dr Shane Reti, he still has that framework in a bill but a year after he did that work, the discussion document looks reasonably similar to what he came up."

He said he believed it would take at the least another six months to consider responses to the proposals.

"So both patients and manufacturers will probably be two-and-a-half years down the track from the time the government said that they would introduce legislation and that's just too slow and it's certainly around the wrong way.

"This is one of their 100-day plan initiatives and they haven't done the work."

Mr Woodhouse said it would be a problem if the discussion document signalled issues with the regulation, because there would be no further parliamentary scrutiny.

"That was one of the significant reasons we had opposed the bill last year, the bill was passed and we didn't know what we were passing."

Public consultation will run until 7 August with the regulations to be finalised by 18 December.

Ministry officials expect the scheme to be operational by the end of March 2020.