Synthetic cannabis users in Napier's most vulnerable suburbs can face long delays in accessing help, according to a Hawke's Bay District Health Board (HBDHB) report on the issue. 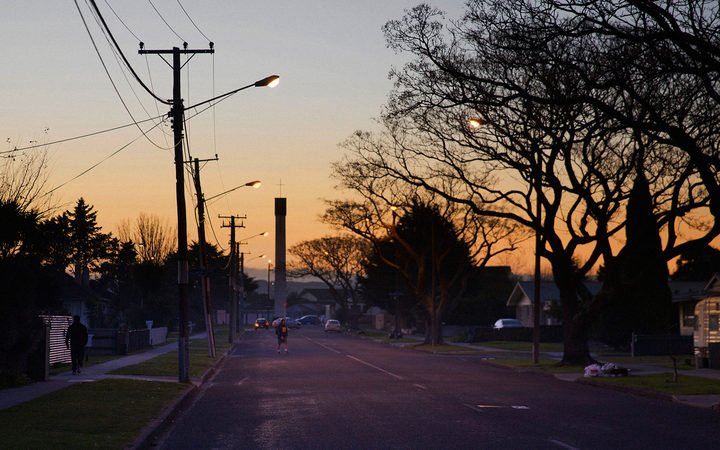 Maraenui residents have been struggling with issues raised by synthetic cannabis use. Photo: RNZ / Luke McPake

The report was commissioned after an RNZ investigation revealed the grip synthetics had on the Napier suburb of Maraenui, with children as young as 11 addicted to the drug.

It surveyed health practitioners, users, and residents in Maraenui and Napier's eastern suburbs and found some patients waited too long to get help.

Some providers were stretched, others had spare capacity and a complicated referral system created delays, the report found.

Many whānau and even health professionals often did not know where to get help from.

"What was glaringly obvious was the difficulty people have in understanding how they access these services, what's available and who do I turn to?" HBDHB Māori health manager Patrick LeGeyt said.

Locals had long called for an addiction clinic in or near Maraenui itself since a popular volunteer-run walk-in clinic had to shut down nearly two years ago. The lack of a local clinic meant users - who often did not have phones, transport, or money - were unable to access services elsewhere.

A more "comprehensive" study was needed before setting up any new services in the eastern suburbs, Mr LeGeyt said.

"We want to get it right. In the meantime, we are going to work with the current providers to get closer to that community. My expectation is that they work alongside that community to ensure their services are accessible."

Addiction service provider Whatever It Takes chief executive Caroline Lampp said the biggest issue facing synthetic cannabis users and their whānau was getting them help when they wanted it. "It's not easy because there aren't many services out there and people who are in the throes of addiction with synthetics don't themselves want to do anything about it. You can't do anything for people unless they want it."

More wrap-around services that looked after people before and after drug rehabilitation was needed, she said.

"We often have to work with people for a long time."

Mrs Lampp said a proposed law to make synthetic cannabis a Class A drug before parliament - which includes the threat of harsher penalties - had sent sellers and users in Napier underground.

"Before they were quite openly doing deals in the streets or the square in town; they are now more hidden."

Both the HBDHB and Whatever It Takes said they expected big funding increases for addiction and mental health services in this month's Budget, which would help create better services.

HBDHB was also redesigning its mental health and addiction services, which would incorporate some of the lessons learnt from the Maraenui study, Patrick LeGeyt said.