Doctors will require a specialist's recommendation to sign off on most prescriptions under the government's proposed medicinal cannabis scheme.

The Ministry of Health today published a list of proposed regulations - covering cultivation, licensing, manufacture and supply - for public feedback.

The document unveils the first look at what New Zealand's legal medicinal cannabis market could look like since the government passed a law setting the ball in motion in December.

The types of products to be allowed include oils, ointments, tablets, patches and dried cannabis for vaping. Edibles and synthetic cannabinoids would not be included.

Under the proposed scheme, only Ministry of Health-approved products could be freely prescribed by GPs without needing a specialist opinion.

All other medicines containing THC - the main psychoactive ingredient - would be subject to a stricter level of oversight.

Those that met manufacturing quality standards would need a specialist's sign off in order to be prescribed.

"Approval from a paediatrician or neurologist may be needed for medicinal cannabis products to treat complex epilepsy in a child," the document said.

"For some conditions treated by cannabis, such as epilepsy and nausea associated with chemotherapy, a specialist will often already be involved in the person's therapy."

The remaining products - those which failed to meet the quality standards - would need to be elevated to the ministry for final approval in each individual case.

Cannabidiol, or CBD, products - which have no psychoactive effect - would be treated more leniently: ministry-approved CBD products could be prescribed by a nurse.

"Where [medicines are] approved and their effects are understood, that should be done at a general practice level," Dr Clark said. 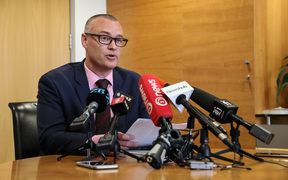 "Where they are less well-understood or not proven, then that does require specialist oversight."

But medicinal cannabis advocate Rebecca Reider told RNZ the requirement for specialist sign-off would be one of the most "upsetting and problematic" aspect for patients.

"In our health system, there's not good access to specialists, especially for chronic pain, which is what the majority of medicinal cannabis users want it for."

Ms Reider - who is on the medicinal cannabis advisory group - said she hoped officials would change their minds during the consultation process.

"It just doesn't make any sense. Cannabis is safer than most prescription medicines. You can't die of an overdose, the side-effects are minor... and yet the ministry is proposing to make it harder to get than an opioid prescription."

But Mr Bell said he would like to see even fewer restrictions.

"We'd like to see a more streamlined process, with GPs trusted to prescribe without the need for sign off."

He said there was not a lot of knowledge among medical professionals about the medical benefits of cannabis.

"The new regime needs to be backed up by really good continuing education for GP and other doctors, so that they get more comfortable to prescribe," he said.

"If we don't do that and doctors refuse to give prescriptions to patients, then patients will go down an obvious route, which will be accessing their medicine from the criminal black market."

Medicinal Cannabis campaigner Rose Renton said patients should be able to be registered and grow their own cannabis from home because of the added costs from Medsafe and specialists.

"Organically it's a very safe product to make yourself and this is what these patients should be able to do, is grow their own and be registered as medical growers," she said.

Public consultation will run until 7 August with the regulations to be finalised by 18 December.

Ministry officials expect the scheme to be operational by the end of March 2020.