New Housing Minister Megan Woods has fronted to media for the first time in her new role, promising a different approach to KiwiBuild under her watch. 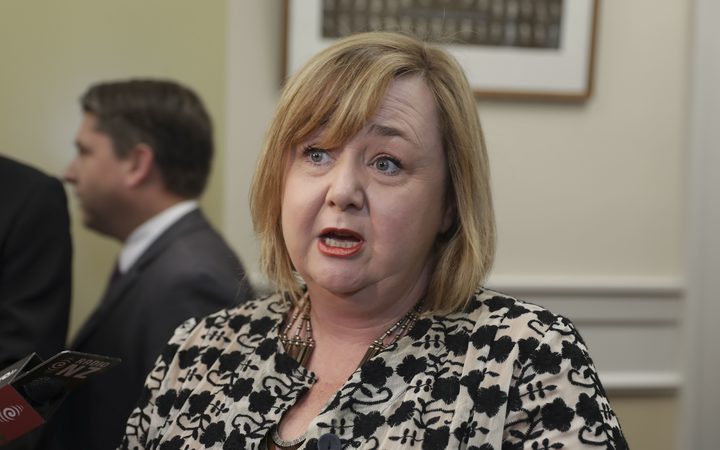 However, Dr Woods would not give away any details about her plans for the sector "less than 24 hours into the role".

In a Cabinet reshuffle yesterday, Prime Minister Jacinda Ardern stripped the housing portfolio from Phil Twyford, with the load to now be shared among five ministers headed by Dr Woods.

Speaking in Christchurch, Dr Woods told reporters she was looking forward to tackling the new challenge.

"When something isn't working, then I believe it is the responsibility of government to make sure it is," she said. "This is too important to too many New Zealanders for us not to deliver and it's too important for us to give up on."

Dr Woods acknowledged aspects of KiwiBuild "clearly weren't working", but declined to go into any detail about her plans to fix the problems.

She refused to confirm whether the overall target of building 100,000 houses over a decade would remain.

"I've still got a lot of reading to do and a lot of getting up to speed to do," she said.

"We've got a three-week parliamentary recess and I intend to use that time to get stuck into the documents and to understand the issues."

The flagship KiwiBuild policy has been under review for roughly five months after the government admitted it would not come close to meeting its short-term targets.

One thousand houses were supposed to have been completed by 1 July 2019. The current tally sits at just over 200.

Ms Woods' comments suggest the final outcome of that review - the so-called "housing reset" - would not occur until late July at the earliest.

"Every day, every week just impacts negatively on the momentum," he said.

"The longer it takes, the more frustration that builds. We just need clarity. Get the reset done."

Mr Brealey - who has several KiwiBuild projects in train - said the new approach of splitting up housing responsibilities made a lot of sense.

He said Mr Twyford had faced a massive workload overseeing both Housing and Transport.

"It's a huge job, it's a huge area, and the more focus we can have from a minister, the better," Mr Brealey said.