Changes in Jacinda Ardern's first major Cabinet reshuffle today largely focused on housing, with a trio of ministers led by Megan Woods to take over the portfolio.

Ahead of the announcement this afternoon, most speculation centred on Phil Twyford's track record with the troubled KiwiBuild programme.

Ms Ardern this afternoon said a team of housing ministers would be brought in to implement the plan.

Ms Ardern this afternoon said the team would implement the flagship KiwiBuild project, which she acknowledged had not met expectations.

"After nine years of neglect there is a lot to fix in housing. KiwiBuild has not progressed as well or as quickly as we'd hoped or expected," she said.

"It has become clear to me that the range of challenges in fixing the housing crisis are too great for one Minister.

"Therefore I am putting in place a team of senior ministers to deliver the full breadth of our housing plan, from KiwiBuild right through to tackling homelessness."

She said Kiwibuild "needed a sharper focus" and that the scale of the initiative demanded a further two ministers to bring a fresh perspective to reset the plan.

In announcing the changes, she thanked Mr Twyford for progress made delivering the government's housing policy.

"He has overseen the largest government house build programme since the 1970s, including the state house building programme increasing nine-fold," she said.

"Over 2300 more families are being housed by the government in public housing and first-home buyers now make up nearly a quarter of all buyers in the market ... but this is not all about Phil Twyford."

Mr Twyford is also picking up the Economic Development portfolio.

Mr Faafoi - as well as handling public housing - would also join Cabinet as Digital Services Minister and would relinquish his Civil Defence, Customs and associate Immigration portfolios. He was set to retain his Broadcasting portfolio.

Ms Ardern described him as "a safe pair of hands" who would be tasked with reducing homelessness and take responsibility for state housing as part of the housing ministerial team.

Nanaia Mahuta will continue to focus on Māori housing. 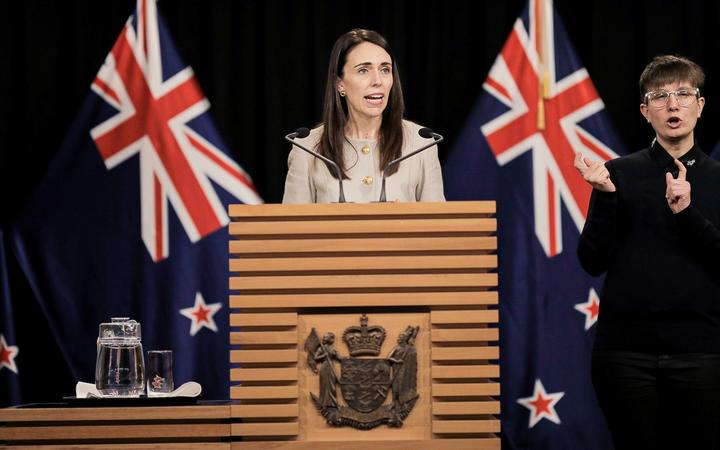 Poto Williams has also been promoted to a minister outside of Cabinet, looking after the community and voluntary sector, as well as acting as Associate Minister for Social Development, Immigration and Greater Christchurch Regeneration.

Ms Ardern said the Christchurch MP had a good handle on "the issues on the ground" post-earthquake in her city.

She said the government was tracking well half way through its first term, with record investment and the Wellbeing Budget seeing it hit its stride.

MPs met for a morning caucus where they were informed of the changes ahead of this afternoon's public announcement.

Some responsibilities had already been rearranged after Clare Curran and Meka Whaitiri lost their ministerial warrants, but this is Ms Ardern's first formal reshuffle.

Ruth Dyson will be nominated for the role of Assistant Speaker.

Michael Wood becomes the Senior Government Whip and gives up his roles as Parliamentary Under Secretary to the Minister for Ethnic Communities and Chair of the Finance and Expenditure Select Committee.

Duncan Webb becomes the Chair of the Environment Select Committee.

Mr Twyford said he had put his all into Kiwibuild, but efforts to tackle the national housing crisis were bigger than one person.

He said he was pleased to be part of a team working to address the problem and looked forward to getting his teeth into the Economic Development portfolio.

"I serve at the pleasure of the Prime Minister and it's an honour to be in her Cabinet.

"Our government remains committed to addressing the national housing crisis and I will still have a part to play in that in my role as Urban Development Minister", he said.

Mr Twyford said he was proud of what he had achieved in housing to date.

"I'm as frustrated as anyone else that we have not been able to deliver as many KiwiBuild houses as we had hoped.

"But I look forward to continuing to help Megan Woods and the other housing Ministers by focusing on legislative and regulatory tools we need to facilitate affordable house building", Mr Twyford said.

Dr Woods, whose PhD was in New Zealand's history of urbanisation of Māori, said she had received the portfolio less than 24 hours ago and was taking time to bring together a work programme.

"KiwiBuild isn't working like we had wanted, so we will be changing it. People want their government to be honest when things aren't working, and try something else instead.

"We need to tackle the housing crisis and make sure every New Zealander has somewhere they can call home. When something is important like this, you don't give up.

"I'll be taking a paper to Cabinet and will have more to say in due course."

"There is a housing crisis and our government is committed to fixing it."