Red flags were raised about US ambassador to New Zealand Scott Brown during vetting for positions in the Trump administration, US media report. 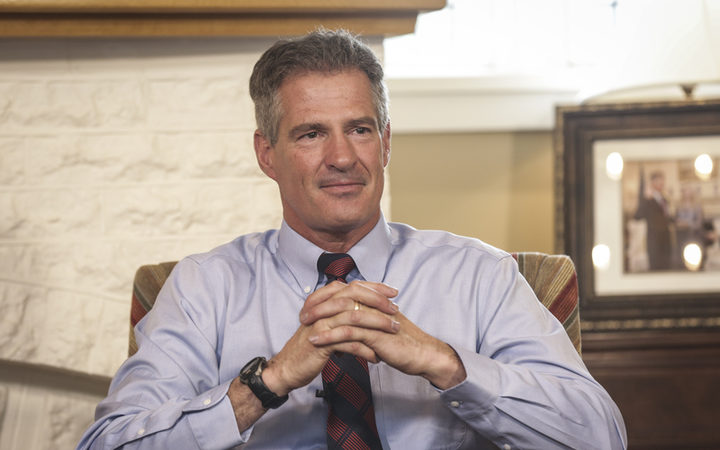 Nearly 100 internal Trump administration vetting documents have been leaked to the US news site Axios.

The documents were put together by the Republican National Committee to assess potential administration officials.

They show a series of red flags for top-ranking officials who went onto get jobs in the US government.

The documents outline how Mr Brown was criticised for not getting a lot done during his 11 years in the Massachusetts House and Senate, and that he was disinterested in policy.

His suggestion in 2008 that President Barack Obama was born out of wedlock was also noted.

He attracted controversy in 2001 when he said the idea of gay partners having children was not normal - something he later apologised for.

And he once had to apologise for making crude comments about his former Democratic senate rival Elizabeth Warren.

Mr Brown was also identified as a supporter of enhanced interrogation techniques for terror suspects, including water boarding.

A spokesperson for Mr Brown said in a statement that the leaked documents were were largely compilations of old news stories from his time as a politician in the US.

They said for the past two years Mr Brown has had "the best job in the world" and was entirely focused on fostering the relationship between the two countries.

Axios said the documents shed light on the slap-dash way the Trump administration filled its cabinet and administration, and foreshadowed future scandals that have affected his government.

Scott Pruitt, who ultimately lost his job as EPA Administrator because of serial ethical abuses, had a section in his vetting form titled "allegations of coziness with big energy companies".

Mick Mulvaney, who became Trump's Budget Director and is now his acting chief of staff, has a striking assortment of "red flags," including his assessment that Trump "is not a very good person".

And according to the documents, the Trump transition team was so worried about Rudy Giuliani, in line for Secretary of State, that they created a separate 25-page document titled "Rudy Giuliani Business Ties Research Dossier" with copious accounting of his "foreign entanglements."

In response to the leaked documents, principal deputy press secretary Hogan Gidley told Axios the breach does not detract from Trump's many accomplishments as president.

"President Trump has assembled an incredible team throughout the federal government who ... has accomplished undeniable successes like tax cuts, record employment levels, a booming economy ... rebuilding the military and crushing [Islamic State].

"President Trump has done more to improve the lives of the American people in two years-than past presidents have done in eight-and no disgruntled, establishment, DC swamp creature's cowardly leaks can change that."