On 20 July, it will be 50 years since Neil Armstrong and Buzz Aldrin became the first humans to step foot on the moon. 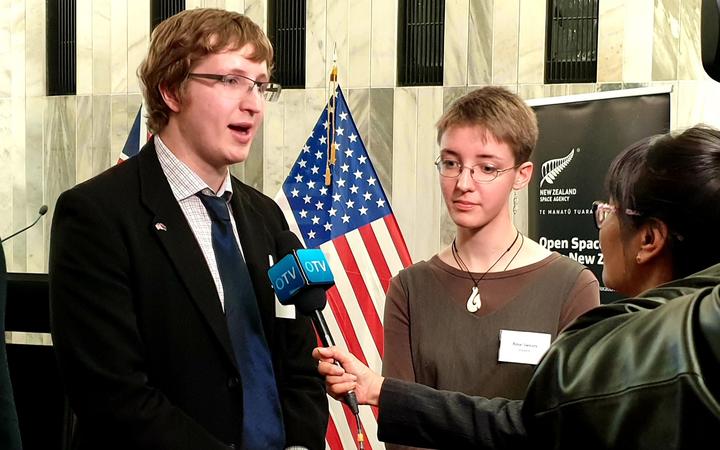 In the years before Apollo 11 launched from Meritt Island in Florida, it was a New Zealander, Bill Pickering, who was credited as a pioneer in space exploration.

His spirit lives on in four of New Zealand's brightest students, who have earned 10-week internships at the NASA Ames Research Center.

They are the first to be accepted into the National Aeronautics and Space Administration's International Internship Programme, having been awarded government scholarships through the New Zealand Space Agency.

United States Ambassador to New Zealand Scott Brown said they would do the country proud.

"We have some amazing young people going to the United States and potentially offering new and different perspectives that quite frankly, we may not even be aware of," Mr Brown said.

"The long and strong history, obviously with Mr Pickering, I'm aware of that relationship and his amazing contribution to the space programme."

The Ministry of Business, Innovation and Employment is sending Steve McCabe, Hammond Pearce, Rose Swears and Andrew Alder on the internships, and their achievement was officially recognised in Wellington last night.

MBIE whittled more than 200 applicants down to four finalists, who were all accepted by NASA for its June intake.

Rose Swears is completing a Master of Science at the University of Waikato, and said she was researching the development of biosensor's for health monitoring.

"It's a printable biosensor. So you can print a whole computer chip onto paper, and use it to test whole blood for chemicals that are released into the blood stream in the event of a cardiac incident."

She said working with NASA was never on her radar, but she was excited to work with the best and brightest in California.

"It would be really cool if I could do something that would help the future of humanity in space, and help people go further than they've ever been before.

Hammond Pearce is working to find out how to have automated controls for robots in the harsh environs of space.

He was wiping away tears after talking about the internship, because it was something he had never thought possible.

"I think it's safe to assume that it's a childhood dream for any and all of us to be given a chance to work at NASA," Mr Pearce said, holding back tears.

Scott Brown appreciated the emotion, and said New Zealand scientists could have a big influence on the future of space exploration.

"We're so very, very proud of everybody," he said.

"And, Hammond, listen, there's no crying at space camp, okay. Or at NASA.

"But I'm so glad that you let your emotions come out because it's deeply moving for us, too." 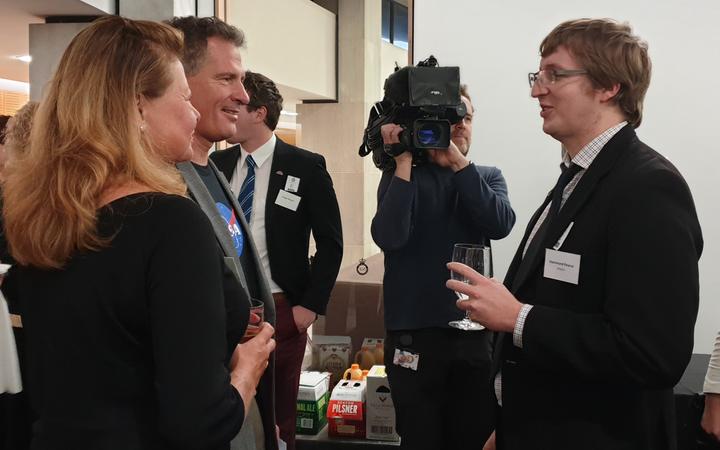 Minister for Economic Development David Parker said New Zealand's burgeoning space industry had taken from and given back innovations from other areas.

"The carbon fibre technology that Rocket Lab use, was originally developed as part of New Zealand's competition in the America's Cup," Mr Parker said.

"At the same time, the data that we get from the satellites that Rocket Lab send into space, helps us improve productivity in other industries like decision making on farms, or the use of automation in the transport sector."

The head of the New Zealand Space Agency, Dr Peter Crabtree, said three more people could be sent to America later in the year, during another intake for the internship programme.

MBIE will decide at the end of the year whether the programme will continue, to infinity, and beyond.