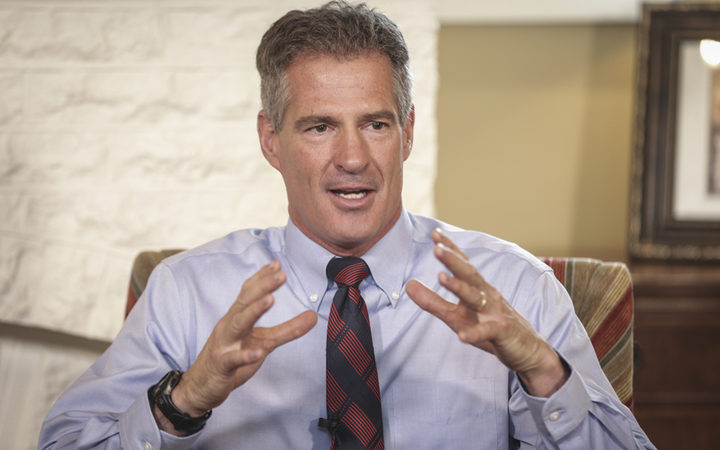 Mr Brown expressed his condolences yesterday, saying he and his wife were "heartbroken".

"We're praying for everybody, obviously. This is a time when good people stick together and send a very powerful message that hate is not accepted here or anywhere else in the world."

Mr Brown said the United States would be available to help New Zealand "in any way, shape or form".

"We are 100 percent behind any and all efforts to help - not only with intelligence, but any type of other remediation or needs that may be required.

"We've been long and strong partners for almost 200 years and that's going to continue, especially in these troubling times."

Asked whether politicians like US President Donald Trump were in any way responsible for stoking such extremism, Mr Brown pushed back.

"With respect, I don't think this [attack] has anything to do with anybody except the perpetrator or perpetrators," he said.

Mr Brown said politicians had nothing to do with such attempts to erode people's freedom to go to "a mosque or a church or a temple".

"It's just individuals who make a decision to try to hurt and kill people and that's not acceptable," he said.

"People should be able to go to their houses of worship and do their worshipping to their lord or gods."