An 18-year-old woman who fled the Deans Avenue mosque barefoot with her mother says she feels targeted, confused and unsafe. 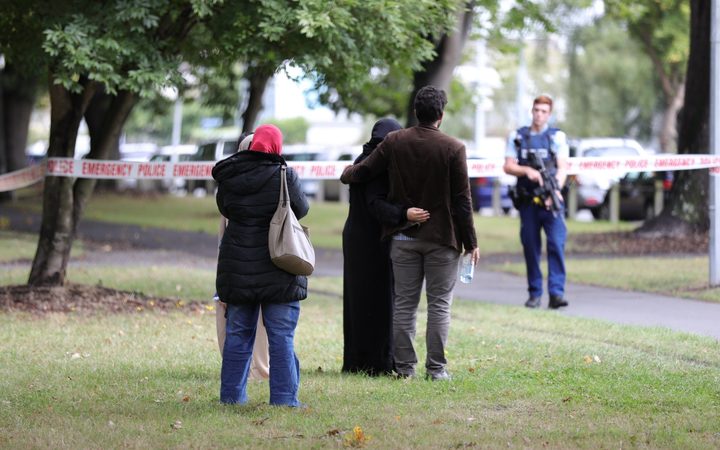 Mulki Abdiwahab left Lincoln University to pray at the mosque with her parents this afternoon.

She had just finished praying in the women-only room with her mother, children and elderly, when she heard gunshots.

"I didn't know, I'd never heard a gunshot, ever. I thought at first it must have been somebody banging on the window.

"My mum grabbed my hand and then we just we ran outside. Everyone was in chaos, just running for their lives.

"We just kept running, and running. The gunshots kept going on for about a good 10 minutes."

Ms Abdiwahab said she thought the gunshots started in the hallway and then went into the men's prayer room.

"He would have had to shoot into the hallway to the men's room."

She said she heard up to about 100 automatic gunshots.

"It was like nothing I've ever heard before. It kept going."

Her father was in the men's room at the time of the shooting.

She had received a call from the hospital to say he was there receiving care.

Ms Abdiwahab and her mother had sought refuge in a residents' home.

She said she was confused as to why the shooting happened.

"It just never would have crossed my mind that any human being would ever want to hurt another human being, it is just really foreign to me.