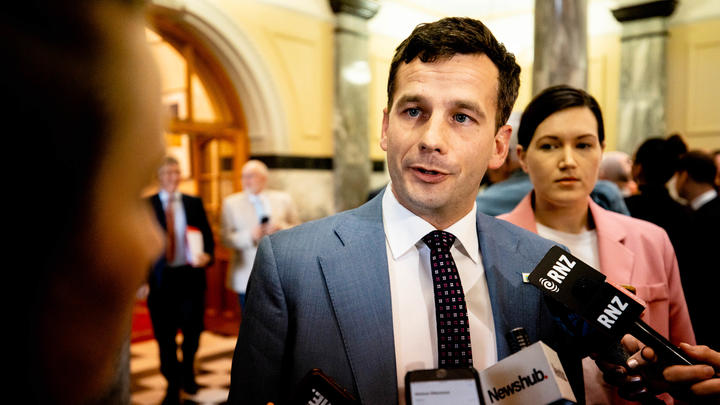 Seventy MPs voted in favour of the Bill, while 50 were opposed. It was originally called as 51 votes against, which was an error that Speaker Trevor Mallard had to correct.

Nearly 40,000 submissions were heard by MPs on the bill that would allow assisted dying for those terminally ill, likely to die within six months and experiencing "unbearable suffering".

About 90 percent of the 36,700 written submissions opposed the bill, and more than 1000 doctors signed an open letter saying there were against it.

MPs voted this evening according to their conscience, rather than along party lines.

Before the reading, MPs gave emotional speeches about their position on the vote.

National Party MP Judith Collins said she had opposed the bill, but has since changed her stance.

In her speech to Parliament, she spoke of her late father, who had the ability to ask for morphine before he died.

"Somebody shouldn't have to ... say, like my dad did, 'I have so much pain, I need morphine', and have his children saying 'please give him more morphine because that's what he wanted'.

"I would do it again, it's the right thing to do, it preserved his dignity and I'm very shocked and saddened to hear so many people don't have that," she said.

Ms Collins said everybody deserved dignity in their lives.

Labour MP Andrew Little had a similar tale of seeing his father struggling to breathe, clearly in pain, who died once his family had left the room.

"He was proud and I see now that he did not want to take his final breath in front of all of us.

"I have also seen others and good friends who have seen their parents in frankly diabolical situations," he said.

Mr Little said the current law prevented people from controlling the end of their own lives.

Labour MP Michael Wood told Parliament he had decided to vote against the Bill after speaking with those with disabilities.

He said he had doubts, but meeting one of his constituents with an incurable disease helped him confirm he would not be voting for the bill.

"He is a person that in points of his life, he would have, if the option was available to him, taken up the option of ending his life. But with help and support and mental health assistance he is a person who has been able to live a meaningful life."

Mr Wood said his constituent was concerned those with a grievous and irredeemable medical condition would be placed in the category where the end of their life was legally permissible.

Other MPs also expressed concerns about coercion and the impact on more vulnerable members of society.

The Bill will now go to the Committee of the Whole House, where it will be debated part by part, before its final reading.