David Seymour's End of Life Choice Bill is predicted to pass its second reading vote on Wednesday, as enough undecided MPs plan to hear the bill debated in detail. 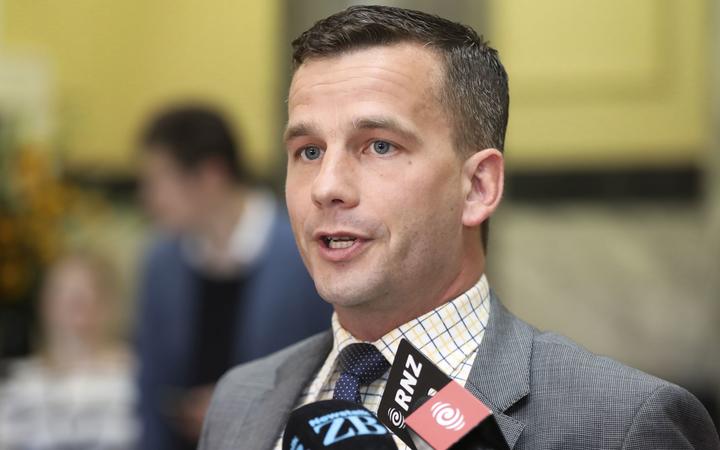 Many MPs who couldn't make their mind up at the first reading voted in favour of voluntary euthanasia, although the support is not expected to be as strong this time around.

Labour MP and chair of the Māori caucus, Willie Jackson told Checkpoint his mother's illness might be enough to change his mind, as he never believed in it before. He says he'll vote it through on Wednesday, to listen to the debate but probably won't vote for it at the final stage.

He said the Māori caucus was split down the middle.

"We just talk frankly, I've heard both sides, in terms of the debate," he said.

"In terms of our Māori caucus, we don't have a strong lobbyist either side, it's just total respect for everyone's position."

There are 120 MPs, and 54 say they will vote through the bill - some because they are staunch supporters, others like Mr Jackson, because they want to hear the debate.

Fourty-three MPs have made it clear they will oppose it. That leaves 23 who won't say how they're voting, or are still undecided.

If those 23 MPs vote the same way they did last time, Mr Seymour's bill will sail through 70 votes to 50.

Have they been convinced either way?

Euthanasia is a serious no-no for the vast majority of medical associations. The NZMA has consistently opposed it.

It's current chair, Kate Baddock said that had not changed and would not.

She is backed up by the Secretary General of the World Medical Association, doctor Otmar Kloiber.

"We have a huge and overwhelming majority that says no, this is not for us, and doctors should not be involved in killing patients," he said.

"That is a very clear and very broad view which we have."

Australian ethicist doctor Margaret Somerville spent 40 years in Canada and has nine doctorates, and said it was not over the top to use the word "killing".

"This is a momentous decision, to say that you will allow intentional killing," she said.

"You've got to be clear about what we really are authorising. This voluntary assisted dying - we all want assistance in dying. And then you give it to the medical profession, the healers in our society, it's a radical change in our most fundamental values."

But there are groups in New Zealand who support the bill, or at least are resigned to it's being voted into law.

Kerri Nuku, Kaiwhakahaere of the New Zealand Nurses Organisation, said it was inevitable.

"Should the consumer choose to use the end of life choice, then the nurses have be prepared to support them," she said.

"And if that compromises your ethical, professional or religious values then you have the right to remove yourself, just as you do currently within the abortion legislation."

But there are doctors who are concerned that conscientious objection is not entirely protected in the current bill.

Doctor Sinead Donnelly heads up Doctors Say No, a group of more than 1000 doctors who've signed an online letter saying it will change the role of doctors dramatically.

"Based on the bill, it's not in there that we're allowed to engage with the patient in a normal therapeutic way and say 'well let's explore that' and work deeply. We're required in this bill to move along, once a person requests it, into the process," she said.

"So we're no longer professionals using our judgement, we're technicians."

But Maryan Street, a former MP and supporter of the bill, said conscientious objection had its limits.

"Just because they don't agree with a patient's choice, they can't abandon that patient," she said.

"That is unethical, that is unprofessional, that is supremely challengable in my view. They don't talk about that, all they worry about is their own complicity. What about the patient?"

Ms Street is the President of End of Life Choice Society and is hosting doctor Stefanie Green, a Canadian euthanasia doctor who has legally euthanised 150 patients. 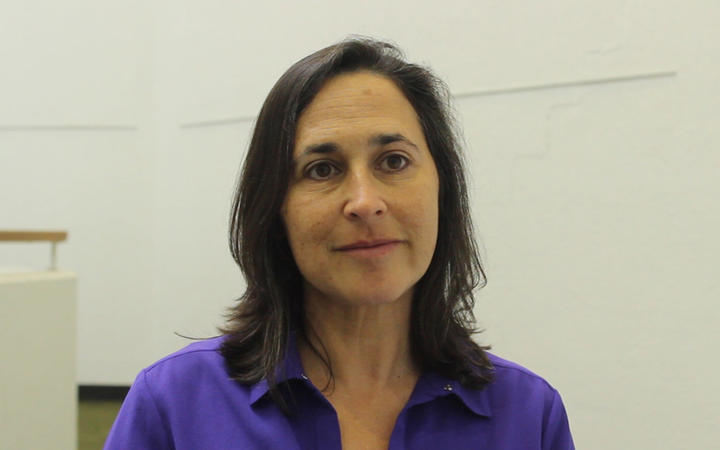 Dr Green said the patient's wishes must trump what doctors thought about their role.

"What's most important is what the people want, not so much what the doctors want to be honest," she said.

"Certainly, we have our share of doctors who are uncomfortable with it, and usually these are physicians who have ulterior motivations or personal objections to the care, which I fully respect and would never ask them to be involved."

Dr Green said the system in Canada was tried and tested, and rigorous.

"There's no evidence of any expansion of any eligibility criteria anywhere that's being considered," she said.

But there are reports Canada's government has received expert panel reports from the Council of Canadian Academies looking at extending Medical Assistance in Dying to people under the age of 18 considered by doctors to be capable of making their own minds up, as well as people with psychiatric conditions.

Doctor Margaret Somerville said she was not surprised there have been no reports in Canada of abuses.

"It's very hard to know how many deaths by euthanasia are carried out not in accordance with the law," she said.

"If you go through a stop sign you don't rush to the police and say 'hey by the way I ran a red light' or 'I didn't stop at a stop sign.' The same thing is true with euthanasia - when you do it and it's not in accordance with the law, you don't rush out and tell people."

Doctor Otmar Kloibar from the World Medical Association is warning MPs not to open the floodgates.

"If you go onto this way, it is a very slippery slope."

Those concerns about coercion and vulnerability are shared by some in the law community.

Public lawyer Grant Illingworth QC said it was a very serious issue and mistakes about death and dying could not be undone.

"That's why we abolished the death penalty in this country," he said.

"The kind of legislation currently before parliament must contain safeguards that are so clear and so comprehensive, that any possibility of dying by mistake is excluded beyond a reasonable doubt.

"The statute proposed by David Seymour fails to meet that standard by a very wide margin in my opinion." 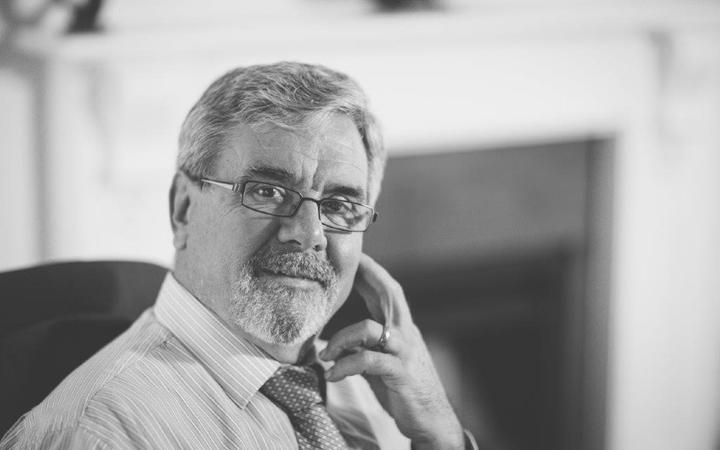 Criminal law professor Warren Brookbanks said it was problematic as it authorises the killing of people who have done no wrong.

"The criminal law historically has prosecuted for offences of homicide, and murder has always been top on that list as the intentional killing of a person," he said.

"And however much we massage it, euthanasia authorises the killing of people to relieve their suffering and pain, but it's very hard to disguise the reality of what's actually happening." 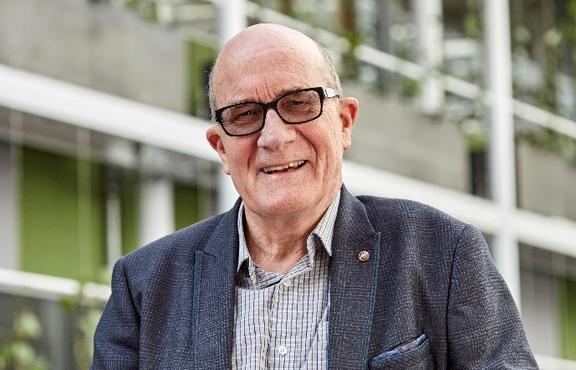 "It does not go anywhere near enough to adequately do that," he said.

"And I think there is certainly a danger of scope creep, once you start permitting voluntary euthanasia or assisted dying."

Len Anderson is the lawyer who represented Sean Davison - the man who was convicted of assisting his terminally ill mother to die in Dunedin in 2006, and who pleaded guilty to three more charges of assisted suicide in South Africa last week.

Mr Anderson said there would be even more court cases if the law changed.

"It is such a contentious issue that I can imagine there will be in litigation and injunctions sought by family members," he said.

"I can just see it as very problematic. And and it would be very a very brave doctor that actually agreed to administer a lethal dose in a situation where there was such a risk of litigation."

International experts say bill should go back to the drawing board

Mr Seymour has indicated that there will be some amendments to his bill, saying he's willing to restrict it to the terminally ill, even though advocates say the inclusion of those with grievous and irreversible conditions is important.

Doctor Jack Havill from End of Life Choice Society said if the bill was narrowed it would be discriminatory.

"It would be a very great pity if that is taken out of the bill because it does involve quite a few people who suffer enormously," he said.

"An example would be severe respiratory disease."

Robert Preston is a former civil servant in Britain and was tasked with investigating the international experience on euthanasia for the British Parliament.

It convinced him that no legislature should touch euthanasia, and now he's the director of a think tank called Living and Dying Well.

He said he was surprised the bill had been voted through to second reading, and it should go back to the drawing board.

"It's slightly surprising this bill has got as far as your parliament, in the state it is in," he said.

"I mean, parliament here wouldn't even entertain a bill like this. Parliament has rejected assisted dying bills in recent years with much more restricted provisions than Mr Seymour's bill."

"It is very wide ranging in its parameters. Its provisions are so wide open and so ill thought out it needs a complete rethink."

Mr Preston said in the Netherlands one in 22 deaths were now from euthanasia, however Maryan Street said there was nothing to worry about that, considering the ageing population. 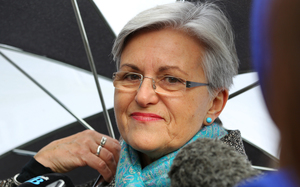 "And so it is hardly surprising that under their jurisdiction, in their legal circumstances, there may be an uptake in the numbers of people who are seeking assisted dying."

There are palliative doctors in New Zealand who support the End of Life Choice bill, and say they are willing to participate, but are cautious of speaking out before it becomes legal.

Doctor Rod MacLeod from Auckland's Hibiscus Hospice said euthanasia did not address the real problem - which was that pain was often not the main motive.

"They're more often related to being a burden and not wanting to lose dignity, those sort of psychosocial issues," he said.

"There isn't a medication for that. What we do is provide compassionate, listening care near the end of life.

''What we can be sure of is that people aren't left alone. I think that's one of the fears that people have. The second fear is that people feel that they might be a burden. And I think we want to be sure that we don't create a society where people continue to feel a bit [of] a burden."

But doctor Stefanie Green who has been practising euthanasia in Canada said the law needed to change, so doctors like her could emerge from underground, and patients who wanted euthanasia could get it.

"The truth is we're kind of coming out of the closet," she said.

"This is being done in a way that's unregulated and unmonitored. And it's one of the reasons it's important is that so we can have a regulated system, one that's legally binding with a careful rigorous process that has oversight and monitoring and physicians don't need to feel that they're acting quietly in the background as criminals."

The second reading vote will most likely be on Wednesday, and if the bill's opponents want it voted down, they'll have to convince a solid majority of the undecided MPs to vote no.

If the bill is voted through, it will proceed to the Committee of the Whole House, where all MPs will debate and vote on it in detail.