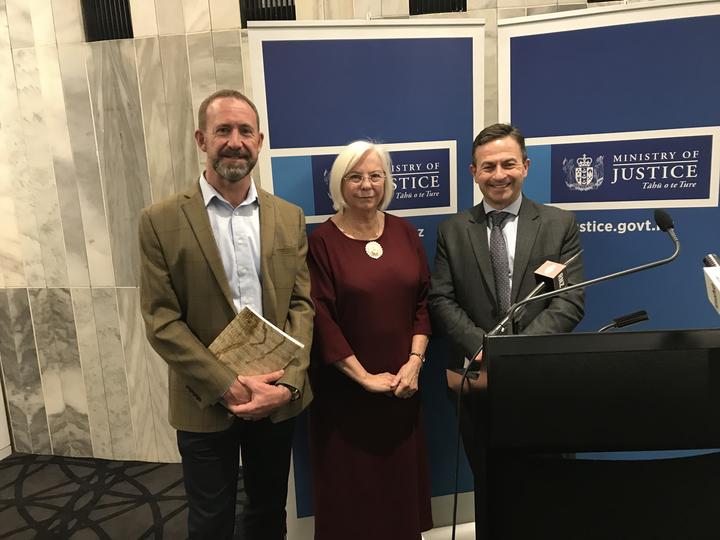 The panel released its full report reviewing 2014 reforms including the introduction of family dispute resolution and the removal of lawyers from the early stages of some family court proceedings.

In total the panel received more than 500 submissions and the 142-page report makes 70 recommendations. Panel chair Rosslyn Noonan said it was clear that elements of the 2014 reforms must be changed.

"Te Korowai Ture ā Whānau will be child and whānau centred, timely, safe, responsive and accessible. The service will enable people to access the right service at the right time in the right way rather than, as at present, having to jump through several hoops even in order to make an application."

The report recommends a service that links agencies including the Ministry of Justice, lawyers, iwi and kaupapa Māori organisations and social services to provide ways for people to access the right services, at the right time for them.

"Each component is independent. What is different is that they come together on a regular basis nationally and locally to share knowledge, experience and professional development and interact with each other to better serve children, parents and whānau," Ms Noonan said in a statement.

The panel is also recommending changes to make the family justice system more accessible for Māori, other diverse communities, and people with disabilities.

Ms Noonan said people had told the reviewers of how the Pākehā-oriented system was a real barrier for them.

"I was very concerned to discover how monocultural the current family justice services are.

"It's not acceptable in this day and age in New Zealand that we don't reflect in any sense te ao Māori in the services that are provided.

Other recommendations included the introduction of targeted counselling for separating couples, and full funding of Family Dispute Resolution.

The government is now considering the panel's recommendations, which were welcomed by Justice Minister Andrew Little.

In a statement, Mr Little said it was clear that reforms made by National in 2014 had not worked as intended.

"These changes were meant to make things easier for families at a difficult time, but they have had the opposite effect. Cases are taking longer to resolve and many family members involved in the court processes say they are not well-supported," he said.

"I am also keen to give close consideration to the recommendations about the need for more culturally sensitive approaches."