An independent panel wants the government to wind back changes to the Family Court made by the previous government in 2014. 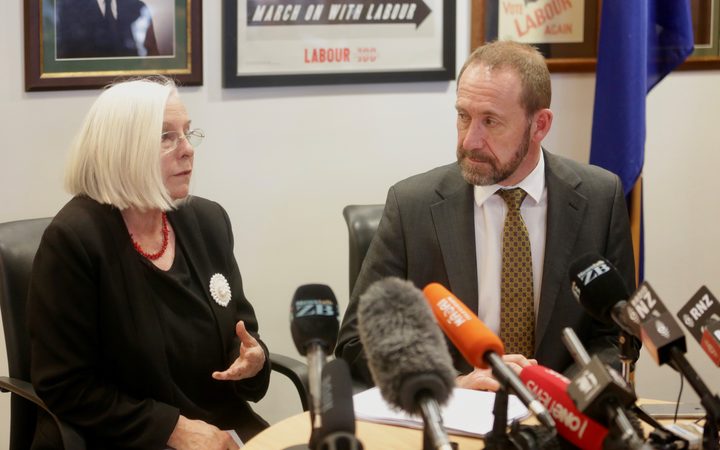 Those changes were aimed at encouraging parents to resolve access and care disputes without having to go to court with a lawyer.

The panel is reviewing what changes should made to ensure the welfare and best interests of the children are paramount when disputes about their care are being settled.

Panel chairwoman Rosslyn Noonan told Morning Report the submissions it received showed the process had become more difficult and stressful was causing delays to the system.

"So that just gives you some idea of the magnitude of the issue and that's meant that those people who put in on notice applications [and] go through the normal channels, have further delays because of these apparently urgent cases that need to be dealt with first."

To fix these problems, one of the panel's proposals is "allowing people involved in care of children disputes unrestricted representation by a lawyer".

"At present if their case is not what's regarded as urgent or without notice, they're not entitled to have a lawyer represent them in court," Ms Noonan said.

"Most people have never been to court who are in this situation, it's an extremely stressful situation and having to represent yourself... is problematic, often takes a lot longer."

She said couples involved in property disputes had access to lawyers, but not all those trying to work out the care of children did.

"One of the things that lawyers do at the outset is give clear information and be able to give realistic expectations to parents who are coming into a difficult situation... and don't really understand what the legal position is regarding their children."

She said changes to the family dispute resolution system with a mediator would also improve the process.

However, problems with the system existed even prior to the reforms, Ms Noonan said, and the way in which they were dealt with only exacerbated them.

Ms Swadling said the initial reform might not have been necessary if some court process improvements had been introduced instead to fix problems.

"There were some problems in some of the court process problems and there were tweaks that could've happened at that stage that might've made significant improvements without the wholesale changes that were made," Ms Swadling said.

"What we're doing now is actually looking at what changes might be appropriate that can improve matters, speed things up."

Another change the panel is wanting is to ensure "children can take part in a meaningful way and that their voices are heard".

However, Ms Noonan said there wasn't a simple proposal at this time that outlined how this could be achieved.

"We don't have a simple answer to that. What we're proposing is that there be a study of children's participation, how their voices are heard, how their perspectives are taken account of, in the mediation process and we should look at identifying what are the best practices."

She said some of the current different practices of handling children in mediation processes have been criticised, while others said they were good.

"In the mediation processes, which we want to encourage, it's pretty much up to the parents to say what they think their children's perspective is, in some cases the mediator will speak to the children outside of the mediation and convey. In some cases, the mediators are using child development specialist or a child advocate to convey children's voices but it's unclear the extent to which [it's been done]."

She said they had heard from some parents and children who didn't think their perspectives were taken into seriously in the mediation processes.

Submissions on the new proposed changes are open until 1 March, and can be made via FamilyJusticeReforms@justice.govt.nz or online.

The panel will submit its final report to Mr Little in May.

"We've actually put out what our thinking is so people can react to it and say 'well you got that right' or 'you didn't get that right and here are the reasons'. We've got more research coming in as well," Ms Noonan said.

While there was still more work and research to be done, Ms Swadling said if the recommendations were followed through then there should be significant improvements.

The panel is also working, among others, on proposals to ensure: