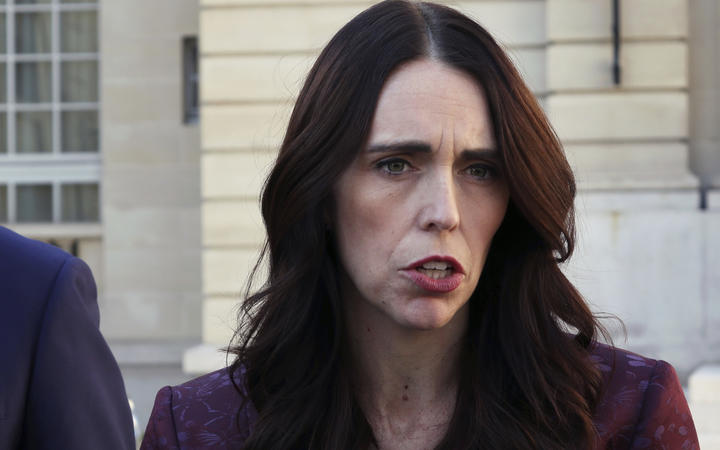 Ms Ardern and French President Emmanuel Macron are hosting the meeting of world leaders and tech giants to look at how to stop extremism spreading online. The global call for action comes after 51 people died in the Christchurch mosque attacks that were livestreamed on Facebook.

Heads of state from Canada, the United Kingdom, Ireland, Norway, Jordan, Senegal, Indonesia and the European Union are attending, though US President Donald Trump is absent.

Speaking to US broadcaster CNN this morning, Ms Ardern said there was no question in her mind that New Zealand's gun legislation had to change after the Christchurch attacks.

"We did have permissive gun laws," she said, as weapons used in the 15 March attacks were easily obtained and modified.

"There was no question in my mind that our laws needed to change."

Parliament supported the change, she said as did New Zealanders by and large.

"It speaks to the strength of feeling in the aftermath of that attack.

"After you witness 51 of your New Zealand Muslim community be attacked in that way the only answer was to to do everything we could to prevent it ever happening again."

Asked by CNN's Christiane Amanpour about mass shootings in the United States and whether other countries could learn from the actions of New Zealand and Australia, Ms Ardern said it was possible to "draw a line" and ban access to military style semi-automatic weapons and assault rifles.

"To be honest with you I do not understand the United States."

Ms Ardern said co-operation on ending extremist content online was the least that should be expected from Facebook.

Mark Zuckerberg from Facebook is absent from the meeting but the social media company's vice-president of global affairs, Nick Clegg, is there.

"I've spoken to Mark Zuckerberg directly, twice now, and actually we've had good ongoing engagement with Facebook. Last time I spoke to him a matter of days ago he did give Facebook support to this call to action."

Ms Ardern said the fact that she herself inadvertently saw the video of the shootings on Facebook highlighted how available it was.

"I don't think it's enough for us to say, in accepting that we all want an open and a free and secure internet, that we have to accept that these kinds of activities will happen as a by-product.

"We don't have to accept that, but we do have to put our minds collectively to the solutions."

Referring to websites 4chan and 8chan, which have been used to promote extremist content, Ms Ardern said there were platforms which were never going to engage with government or see that they had any duty of care or sense of responsibility.

"That's why we cannot take off the table governments looking at the other tools they have."

Ms Ardern earlier attended the the Voices for Action summit, which she said discussed the role algorithms play online harm, and the need for technology companies to be more transparent about that.

But she said governments also had a role to play in preventing radicalisation in their communities.

Tristan Harris, co-founders of the Centre for Humane Technology, who formerly worked for Google, warned that online platforms like YouTube, where 70 percent of video watching time is via its recommendations, pushed people towards harmful content. No matter where you start, he said, the system tilted the viewer towards the radicalising direction.

The prime minister is holding a series of one-on-one meetings with British Prime Minister Theresa May, the King of Jordan, Norway's Elna Solberg and Twitter boss Jack Dorsey.

She will have an hour-long lunch with the French President Emmanuel Macron at the Elysee Palace ahead of the Christchurch Call summit. Tomorrow, she will attend the Tech for Good dinner where she'll make a speech before a meeting with Canada's Prime Minister Justin Trudeau.