The government is defending paying Sir Michael Cullen $1000 a day as the head of the Tax Working Group, which delivered its final report about two weeks ago. 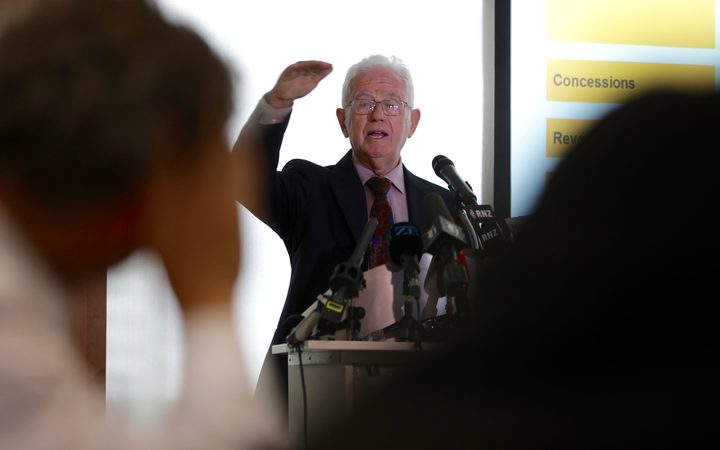 Sir Michael has been doing media interviews defending the report against what he described as a "rather hysterical, destroy-New-Zealand-way-of-life reaction" - a clear reference to the National Party.

National has been strident in its criticisms of the proposed capital gains tax on some New Zealanders, and has now its set its sights on Sir Michael, who chaired the working group, established in December 2017.

Finance Minister Grant Robertson told reporters the arrangement was appropriate because Sir Michael was still being called on to explain the group's findings.

"We're having an ongoing debate about the issues raised in the report, it's important that he's in position as chair of the working group to articulate what's in it."

He confirmed it was the same rate Sir Michael had been on all the way, through - about $1000 a day on a pro rata basis.

Mr Robertson also pointed out that Bob Buckle, the chair of the Tax Working Group set up under National, that reported in 2010, was in the media for a "considerable time" after the release of that report but said he did not know if he was still being paid.

Three members of the most recent Tax Working Group wrote what was in effect a minority report, disagreeing the proposed capital gains tax should cover business.

During her questioning of Mr Robertson in Parliament, National's Amy Adams asked about their input from here on in.

"Was any thought given to extending the contracts of the Tax Working Group to help inform the debate?"

"Sir Michael is the chair of the working group, it's appropriate that his term is extended," Mr Robertson replied.

She also raised questions about about Sir Michael's media arrangements.

Mr Robertson said those officials were the Secretariat for the Tax Working Group.

Ms Adams questioned whether that media release reflected any politicisation of the public service, and whether there had been any response from the State Service Commission about whether it was appropriate.