Analysis - And so now, as was always inevitable, it comes down to political courage. 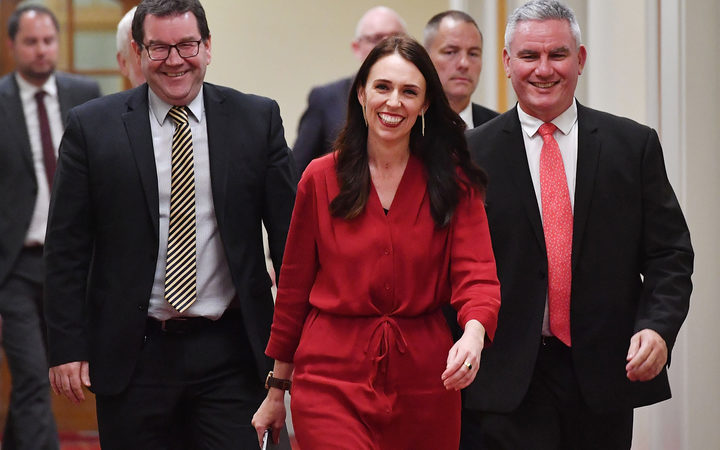 Has Prime Minister Jacinda Ardern and her coalition got the will and the numbers to introduce a proper capital gains tax (CGT)?

That's always been the factor that has crippled every government or party that has dared consider whether New Zealand should join almost every other country in the OECD and tax people not just on their income, but their wider wealth.

Tax Working Groups have come and gone but politicians have never been able to win the argument required to convince Kiwis a CGT won't punish them for having a little set aside (typically, in the form of a rental property).

Now Michael Cullen's working group has done the hard yards needed to give this government a platform to launch from.

For a Labour-led government, Sir Michael is the ideal advocate. His word on things financial is sacrosanct within a party that has a reputation for preferring debates about nuclear tests to bright-line tests.

Sir Michael has done Labour a favour - as expected - in recommending the money earned from taxing capital gains be ploughed back into income tax cuts for low and middle-income New Zealanders.

They reckon about $500 a year for the majority of taxpayers.

It's not like the tax windfall is going into woolly causes; rather, it will be going into the pockets of people whose votes Labour are trying to win next year.

He's even done the charts to show that the richest 10 percent will be the ones hit most by the tax.

Finance Minister Grant Robertson had laid the political groundwork in the terms of reference, excluding the family home and insisting the recommended changes don't increase income tax or GST.

They also wanted the option to keep things revenue neutral.

He's hoping voters will be reassured that the taxman is not coming for the house they've worked their butt off to afford and that there will be no tricky tax-grab.

Granny's wedding ring is excluded and cries of 'a tax on the bach' can be deflected as the most first-world of first-world problems.

So the door is open. Will the Labour-led government dare to walk through?

Its initial response is as cautious as can be. Note that while Cullen said the group was recommending "fairly comprehensive" changes, the press statement by Mr Robertson and Revenue Minister Stuart Nash said, "The overall findings confirm that there is no need for a major overhaul of the system".

They want to suggest a CGT is not considered a big deal.

Yet you only have to recall the last election campaign to recall what a big deal this is for Labour.

Ms Ardern took over the party less than two months from the election and quickly declared previous leader Andrew Little's wariness of the issue dead and gone.

Mr Little had argued that Labour had backed a CGT at two elections and lost both; they should listen to voters.

Ms Ardern made the "captain's call" and put a CGT back on the table, but then - just days from the election - made another captain's call to change her mind and promise no such change in a first term.

She has consistently talked about a CGT as a "fairness" issue, implying that the current regime is not fair.

Will she balk again? If she does, there is a serious risk that a narrative of timidity will begin to form around her. I'm not sure she can afford to do the all groundwork - again - and then not ride into champion the fairness she has indicated she wants.

The kindness doctrine she aspires to comes with a cost - political and fiscal.

At some point she needs to stop just humming the tune and start paying the piper.

If she does find the courage, the question then become whether she can find the numbers. In short, New Zealand First leader Winston Peters need to come on board for Labour to win the day.

The language fits Mr Peters' own brand about fairness and support for the little guy.

But his older voters are those people who sell rental properties to fund their retirement. Are they willing to give a little for a fairer tax system? Or will they see it as an 'envy tax' that undermines a lifetime of hard work?

What happens next is a numbers game. First, the numbers of how many people will need to pay a CGT, how much it will cost and where those dollars will go.

Then, the number of MPs who can be convinced to vote 'aye'.