The coalition government has been in power for a year, how has our healthcare system changed?

It's early afternoon on a warm Spring day in Wellington. In predominantly poor Cannons Creek, in low-income Porirua, Porirua Union and Community Health centre in Bedford Street is vibrant and welcoming, with large windows and colourful chairs in the waiting room.

In his room there, GP Bryan Betty is typically busy but also sounding worried. The so-called Very Low Cost Access practice, with 90 percent of its patients termed "high deprivation", has been struggling for years to make ends meet, and there is no sign of change.

The occasion of my visit -- the first anniversary of the Coalition Government -- hasn't altered the fundamentals for the practice, according to Dr Betty: "We're under pressure, there's no doubt our deficit is growing. I can't give you the exact [deficit] figure, but what I can say is our midwife service has stopped here, we're taking on no extra doctors at the moment, we're taking on no extra nurses and we certainly need additional staff to cope with the problems we have here."

During the last election, the then Opposition Labour Party, highlighted years of under-funding in health, promising to spend an extra $8 billion over four years if elected. Among the many weighty challenges it confronted, once elected, was a Health Ministry survey revealing that half a million people could not afford to see a family doctor.

Overall, the health budget delivered in May this year represented a $3.2 billion increase over four years -- about 830 million this financial year, about $25 million more than the Council of Trade Unions estimated would be necessary to keep the lights on. Cash-strapped and money-hungry district health boards took $2.2 billion, with an extra $750 million on top of that for another urgent need: capital spending on delayed building and infrastructure upgrades. Five hundred million dollars of the latter sum has already been allocated, to projects at Auckland, Waitemata and Northland DHBs.

Primary care was not ignored in the Budget, receiving $386 million in new funding to slash the cost of seeing a GP for close to 600,000 people. This won't quite make the first-year anniversary but will follow a month later, on 1 December. That's when access to very low-cost GP consultations will be extended to all those with a Community Services Card (CSC), making doctors' visits approximately 20 to 30 dollars cheaper for those people. Eligibility for the cards was also extended to all those receiving the accommodation supplement or an income-related subsidy. Those measures are estimated to affect 540,000 people, at a cost of $376 million.

Free GP fees for those under 13 also were extended in the Budget to under 14s, who will also now have free prescriptions. These latter changes affect 56,000 young people, at a cost of an extra $22 million.

Under the measures, standard daytime consultations with a GP will cost CSC holders a maximum of $18.50 a vist, and $12.50 for their dependents between the ages of 14 and 17. The lower fees will follow the CSC holder wherever they see a doctor, whether it is at a Very Low Cost Access (VLCA) practice like Dr Bryan Betty's, or a non-VCLA practice.

Negotiations have taken place since the Budget to thrash out details, taking account of the dual public:private source of GP funding. As part of this, it was also agreed recently that an extra $21 million a year will go into supporting abut 300 VLCA practices in the scheme. It's up to individual practices whether they offer the lower GP fees (known as copayments) to CSC holders or not, but the Ministry of Health expects 90 percent will opt in.

It's a major step in the right direction for GPs and others who are well aware of the high and rising cost for many of seeing a GP for many. The chair of General Practice New Zealand, Karori GP Jeff Lowe, said the CSC changes will make it "far easier" for the public to "actually get what they deserve and what they're entitled to". He said it will have a big impact on patients. "When someone's worried about their health and have a question, they can actually go and see the doctor without worrying about the cost of that."

A Warkworth GP, Kate Baddock, agreed the scheme will make it easier for people to be seen. She also welcomes a decision by the new government in April to defer a Labour Party campaign pledge that if elected it would knock $10 off the cost of GP visits from July. Said Dr Baddock: "...even with different ways of working and involving other health workers, there is still a significant increase in the numbers which we [GPs] are seeing. And if that $10 reduction had been brought in any time up til now that would have been overwhelming and we would have seen an absolute disaster happening." 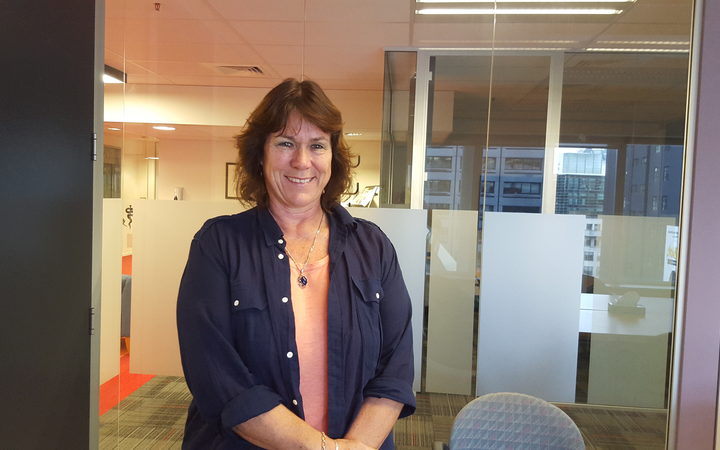 Dr Kate Baddock says the scheme will make it easier for people to be seen. Photo: RNZ / Karen Brown

But Dr Baddock admitted to being "not so happy" with other funding woes facing the general practice sector, such as capitation, or the way the government per-patient subsidy is calculated, being referred to a wider health and disability review, headed by a former Helen Clark top staffer, Heather Simpson. Dr Baddock said Labour promised in opposition funding generally would be addressed. "It has been deferred and rolled into the review. And there has been significant patience being shown on the part of general practice around this, but we need to see it is happening in parallel to the review."

Whangarei GP Andrew Miller, said he believes it would have taken guts for the David Clark, as the new Health Minister, to drop the $10 off GP fees campaign pledge. He also believes the Simpson review is wise and needed. "We've got a system that's creaking all over the place and trying to put bandaids over holes or a finger in the dyke where things are leaking and just hoping for the best is not going to resolve some of the more systematic issues that we've ended up with."

Eighteen dollar GP fees for all high-needs patients wherever they see a GP was also "sensible, logical and equitable", said Dr Miller. But, other better off people continued to benefit from cheaper fees simply because they attended a VLCA practice. That still required attention, preferably before the review reported in 2020. "Every dollar spent subsidising wage and salary earners is money that could bne spent somewhere else in the health system to look after those most in need."

Allan Moffitt, clinical director of the Auckland region's ProCare GP practice network, is also pleased to see action on cheaper GP fees through the CSC. He said the card is "a reasonable proxy" for household or individual income, "so it's a fair way of making a call". However, he too wants action on wider funding issues, including where the money will come from in the sector to lift nurses' pay following the DHB nurses' settlement, or to extend pay equity for nurses in primary care. "We're really concerned that primary care is going to miss out on the pay equity and the adjustment in funding to be able to pay our nurses more..."

In Poriria, Dr Bryan Betty is ready to see another patient. The maximum fee at the Cannons Creek practice is $15, others pay $7 or whatever they can afford, and those under 18 are free. Just 28 percent have a CSC. "That is because there is no incentive for the patient to sign up for a Community Services Card. So we have a deficit. We have a problem."

GPs remain the vital front door for most people to healthcare. A month after its first anniversary, the Coalition Government has made it easier for those who need it most to see their GP. As always in health though, there is more to be achieved sooner rather than later.