A 400-bed acute hospital is to be built south of Auckland City in the next 20 years and possibly another new hospital north of the city. 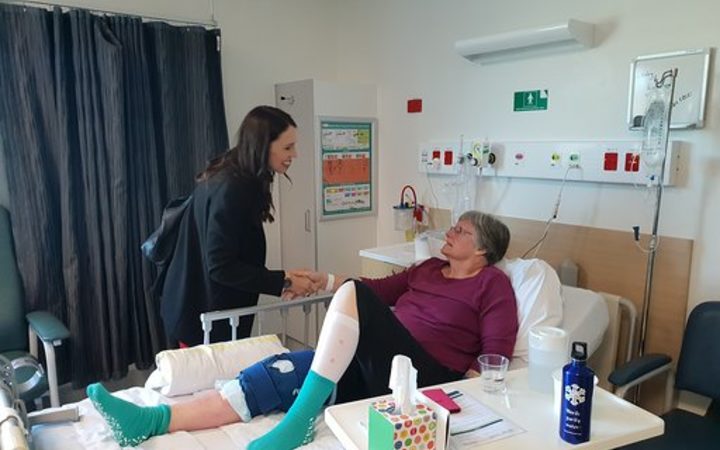 The announcement was made in Auckland today by district health board chiefs in Auckland and Northland, with the government's backing.

The Northern Region Long-Term Investment Plan, or LTIP, is the result of 18 months' work by the DHBs in the rapidly growing Auckland and Northland regions.

It also follows intense media focus over many months on substandard hospital buildings and infrastructure.

It also received more than a third of total public healthcare funding.

As well, the population of Northland and Auckland was predicted to grow by 562,000 people, meaning that close to 60 percent of the country's total population is expected to live in the northern regions in 20 years' time.

The plan says the DHBs are already grappling with inequality too, with one in five people reporting an unmet need for primary healthcare because of cost, transport or other factors.

In addition, community and hospital services were already at full capacity and in need of an upgrade, with close to 20 percent of facilities labelled poor or very poor.

There were issues with water-supply, power, asbestos, seismic compliance and leaky buildings "across all our sites". A fifth of all clinical services were in facilities not fit for purpose.

Hospital capacity is a focus on the first phase of the plan. It says a new 400-bed hospital will be needed "south of central Auckland, and planning for a new hospital site to the north of Auckland".

It adds the need for a further 450 beds was avoided in the plan "through investment in prevention, early intervention, and community-based alternative models of care".

The plan says a need was identified for substantial investment over the next 20 years to meet regional challenges. It would include operating costs and capital investment as well as investments in the workforce and information systems.

At the release today, the Prime Minister, Jacinda Ardern, announced the government would supply $200m to build a new elective surgery unit at North Shore Hospital.

It would provide an extra 120 beds and have four new operating theatres.

Ms Ardern said the facility, at the Waitemata DHB, would treat patients across the three Auckland City DHBs.

Ms Ardern and the Health Minister, David Clark, also announced that $24m would be spent on new endoscopy and cardiac care facilities at Whangarei Hospital, from a $750m capital investment fund detailed in the Budget in May.

The Association of Salaried Medical Specialists executive director, Ian Powell, said it welcomed the co-ordinated initiative from the DHBs. He added, however, that there appeared to be a lack of detail about the workforce.

"Disappointingly, from the best that we can tell it's silent on the most critical need, which is workforce. Public hospitals and the rest of our health services are ... labour intensive, they depend on workforce. "

He added there is a 50 percent burnout rate of specialists in public hospitals, which was unacceptable for quality of care and safety.