A government-led strategy has been launched to increase equality for women and girls in sport. 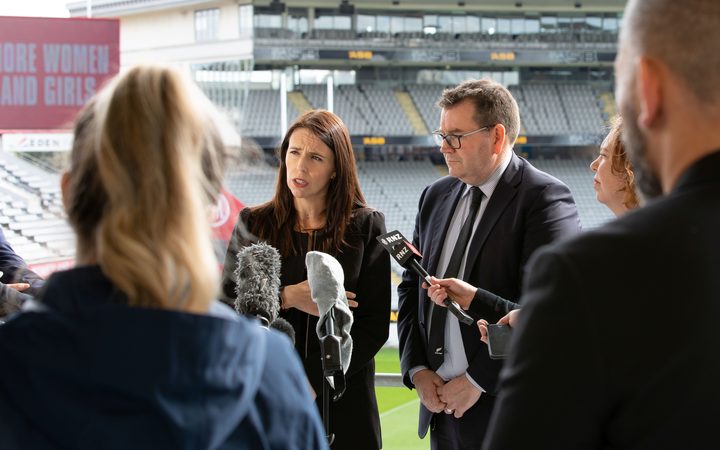 Prime Minister Jacinda Ardern and Sport and Recreation Minister Grant Robertson have put up a minimum of $10 million over the next three years for an initiative to improve the rates and quality of participation for women in sport.

The money will go towards marketing campaigns, a contestable fund and efforts to grow female leadership, coaching and governance.

"Our new strategy seeks to tackle and overcome the clear inequalities for women and girls when it comes to participation, leadership and visibility within sport and active recreation in New Zealand," Ms Ardern said.

"Girls and women are 50 percent of our population, and it's not good enough that they continue to be underrepresented in leadership, face more barriers to participating, and are far less valued and visible in sport and active recreation. This strategy seeks to even the playing field."

Ms Ardern said the government would role-model this change by ensuring Sport NZ and High Performance Sport NZ had equal numbers of men and women on their governance boards.

The focus is on three priority areas - leadership, participation, and value and visibility, Mr Robertson said.

"A change this big - this important - will take collective effort," he said.

"Delivery of the strategy will be in partnership with the community. Sport NZ will lead from the front in mobilising and giving momentum to that collective action.

"We want all organisations in the sport and recreation sector to consider how they can work through the strategy to help create equality for women and girls." 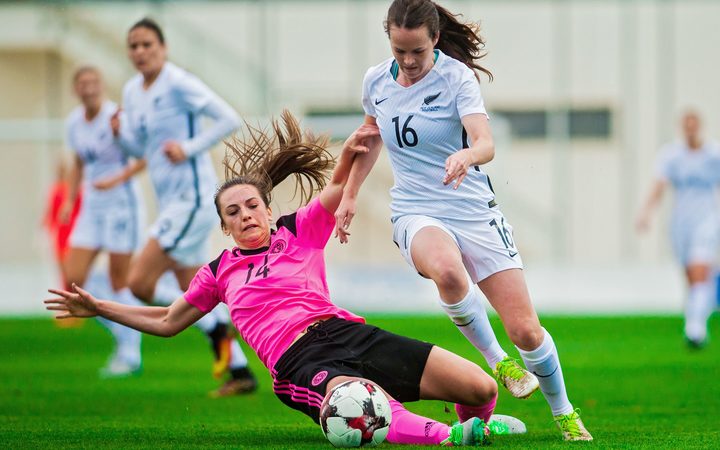 The Football Ferns in action against Scotland in Spain earlier this year Photo: Photosport

Shift Porirua is an organisation that tries to improve the wellbeing of young women, by offering fun, social, low cost physical activity and sport opportunities.

Simone Workman from Shift said there were a lot of barriers to young women participating in sport.

"One of the biggest barriers can often be themselves, so their self confidence, their self esteem, their body confidence, and their perception of their sporting ability.

"They've got barriers like cost and getting to places that can be really hard for young women."

Ms Workman said part of the problem is the way sport is defined - she says physical activity doesn't have to be limited to traditional, competitive sports like netball, hockey and rugby.

At the elite levels, there is also work to do to get more women into leadership positions.

"If you've got females around the board table, we'll make good decisions which will encourage more participation for females and girls in sport."

David White said it doesn't matter if you're Suzie Bates or Kane Williamson, you get the same level of promotion.

But he said shorter forms of the game, like T20 and the big bash, have really helped boost the women's game.

"Cricket Australia led the way with the big bash and the way that they've introduced a women's big bash competition as well. There are a lot more families at games and it's certainly something we want to replicate as well."

But in recent months, the spotlight has been on the culture within a number of the country's top women's teams, including the Football Ferns and the Black Sticks.

That's prompted independent reviews and concerns about athlete welfare, which Sport and Recreation Minister Grant Robertson said has to be a priority.

"We have to create an environment where athletes are encouraged to excel and are supported to be the best people that they can be as well. Clearly in some sports, there's work to do."