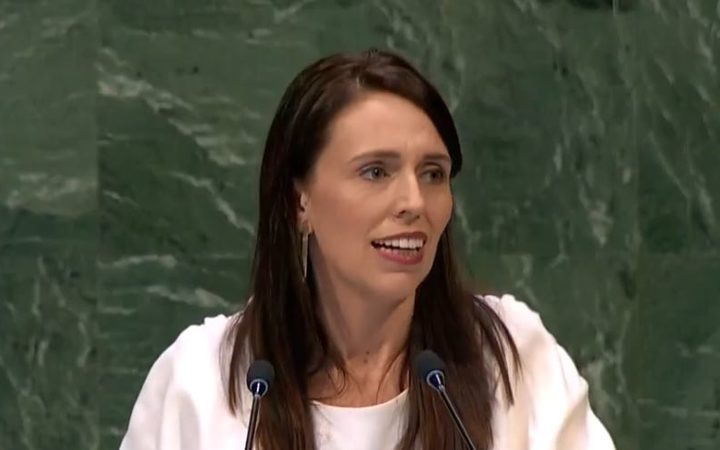 She made her opening remarks in te reo Māori, then told world leaders that on her first visit to the UN general assembly she was struck by the power and potential that resided there.

Ms Ardern said New Zealanders were self-deprecating people, who were not wowed by status.

"We'll celebrate the local person who volunteers at their sports club as much as we will the successful entrepreneur.

"Our empathy and strong sense of justice is matched only by our pragmatism, we are, after all, a country made up of two main islands - one simply named North and the other, South."

Ms Ardern said she is a child of the '80s, a period when New Zealand did not just observe international events, but challenged them.

"Whether it was apartheid in South Africa, or nuclear testing in the Pacific, I grew up learning about my country and who we were by the way that we reacted to international events.

"Whether it was taking to the streets or changing our laws, we have seen ourselves as members of a community and one that we have a duty to use our voice within."

As foreshadowed she spoke at length about the importance of international institutions, particularly in combating global issues, like climate change.

"Any disintegration of multilateralism - any undermining of climate related targets and agreements aren't interesting footnotes in geopolitical history - they are catastrophic.

"That's why as a global community, not since the inception of the United Nations has there been a greater example of the importance of collective action and multilateralism, than climate change."

Amongst unprecedented global economic growth we have still seen a sense of isolation, dislocation, insecurity and the erosion of hope, she said.

"It should hardly come as a surprise that we have seen a global trend of young people showing dissatisfaction with our political systems and calling on us to do things differently."

She spoke of the current generation as a virtually borderless one that expects the reality of world leaders to change as their reality does.

The impact of inaction regarding climate change is not an option, she said, highlighting the issues raised at the recent Pacific Island Leaders Forum.

"Of all of the challenges we debate and discuss, rising sea levels present the single biggest threat to our region," she said.

"If my Pacific neighbours do not have the option of opting out of the affects of climate change, why should we be able to opt out of taking action to stop it." 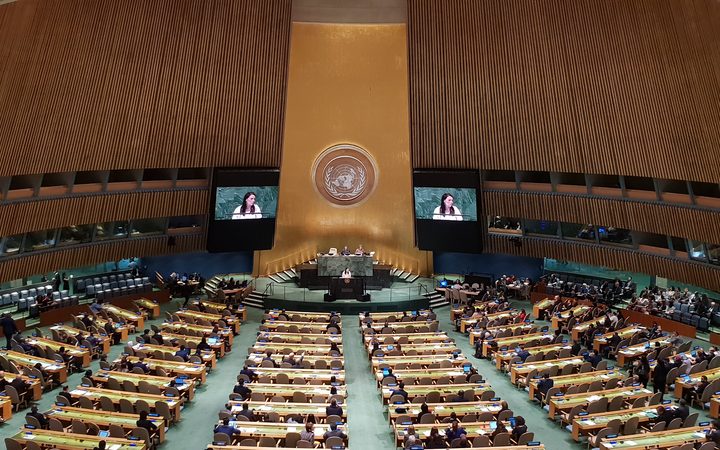 Ms Ardern said New Zealand supported the moves to reform the UN to make it more responsive and effective, including the Security Council.

"If we want the Council to fulfil its purpose of maintaining international peace and security, its practices need to be updated so it is not hamstrung by the use of the veto."

She also promoted women's rights in her address - saying that despite New Zealand being considered progressive, being the first country in the world to grant women the right to vote, and her being the country's third female Prime Minister - New Zealand still had a gender pay gap, an over representation of women in low paid work, and domestic violence.

"It seems surprising that in this modern age we have to recommit ourselves to gender equality, but we do.

"And I for one will never celebrate the gains we have made for women domestically, while internationally other women and girls experience a lack of the most basic of opportunity and dignity.

"Me Too must become We Too."

New Zealand is pursuing the simple concept of kindness, she said.

"In the face of isolationism, protectionism, racism, the simple concept of looking outwardly and beyond ourselves, of kindness and collectivism, might just be as good a starting point as any."