Prime Minister Jacinda Ardern has met the leaders of Canada and Chile in New York to discuss trade. 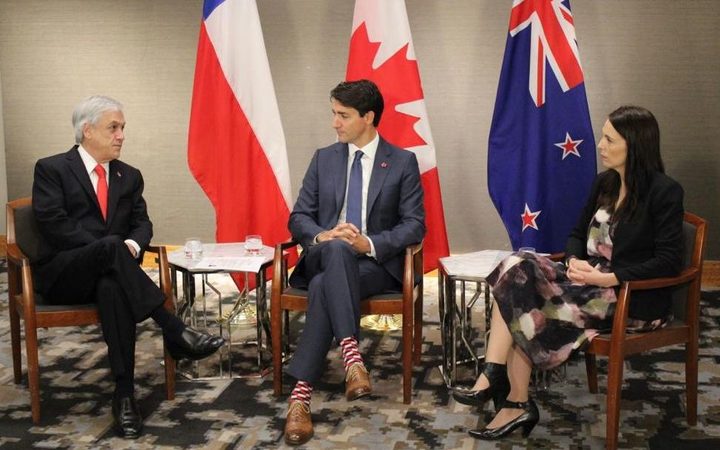 The three nations are part of the 11-nation Trans-Pacific Partnership (CPTPP).

He said what was important was that the benefits of trade reached everyone.

"Whether we're talking about labour standards, protection of the environment, protection of indigenous people and marginalised people - these are the kinds of things that we have got to talk more about."

Chilean President Sebastian Pinera pushed the line that trade benefited everyone, even some in his country who were reluctant about trade like small businesses and indigenous people.

Ms Ardern said that in New Zealand trade and globalisation had not benefited everyone equally, which meant that trade had lost some of its social licence.

That was why her government wanted to make sure that trade delivered prosperity for more New Zealanders.

"We have launched a trade for all agenda, at home in New Zealand.

"At the moment we are out there asking New Zealanders what they want to see in future free trade agreements, and we want to model what prosperous trade that benefits and creates a ore inclusive society and lifts everyone up more generally, what it would look like."

The leaders are among 140 heads of state attending the UN General Assembly.

Yesterday Ms Ardern had a brief discussion with US President Donald Trump, promoting the work of New Zealand and US officials on the lifting of steel and aluminium tariffs.