Sidelined Labour MP Meka Whaitiri will not return to Parliament this week while under investigation for a "staffing matter".

Ms Whaitiri was not with Prime Minister Jacinda Ardern this morning for the announcement of a $24 million overhaul of Wainuiomata High School - despite it being in her Ikāroa-Rawhiti electorate.

News of an investigation into a "staffing matter" in Ms Whaitiri's ministerial office broke at the tail end of a two-week recess.

While Ms Whaitiri's colleagues are all heading back to Parliament tomorrow, she will instead be based in her Gisborne electorate office where she's continuing to be paid a ministerial salary.

RNZ understands Ms Whaitiri is accused of man-handling her newly employed press secretary while in Gisborne last Monday for a Crown hui with iwi.

Grant Robertson confirmed the incident did not happen in Wellington but would not provide anymore detail.

ACT leader David Seymour said if Ms Whaitiri was cleared of any wrongdoing then she could be back-paid but in the meantime she should not be collecting a ministerial salary.

"Why is she getting paid, if she's not working and liable to getting dismissed? Why should she continue on a full ministerial salary?"

At the weekend, the Labour Māori caucus co-chair Willie Jackson supported Ms Whaitiri staying on in her co-chair role during the investigation.

"I think all New Zealanders would think there has to be an investigation and process to go through before Meka Whaitiri is shut down." 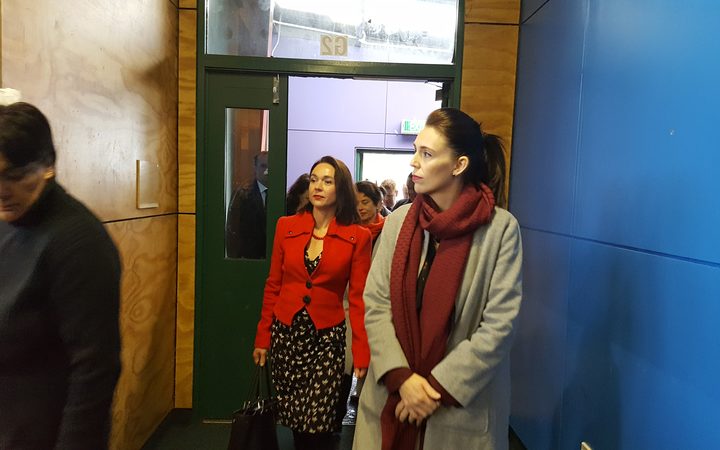 "She's stood aside from her ministerial portfolios, all of her other roles remain for the time of the investigation."

She said there were "many parts of her electorate she could be at today", referring to her not being present at the overhaul Wainuiomata High School.

Ms Ardern dismissed suggestions by Youth Minister Peeni Henare that Ms Whaitiri stand down to offer an opportunity for others in the Māori caucus.

She had not spoken to Mr Henare about his comments.

The investigation is expected to take a couple of weeks.