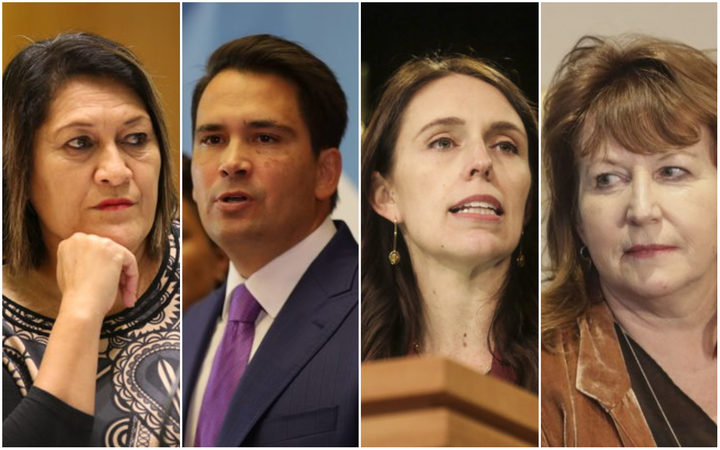 A political vacuum is never a safe place - it's soon filled with speculation, conspiracy theories and suspicion.

That's what has happened to the situation surrounding the leak of Simon Bridges' expenses.

Speaker Trevor Mallard's decision to call off the inquiry set up to find the culprit has created a controversy that isn't going to be easily resolved.

Using anonymous text messages, the leaker claimed to be a National MP and then pleaded for the inquiry to be called off on the grounds of his or her own fragile mental state.

Police know who it is but won't tell Mr Bridges. Mr Mallard apparently doesn't know either but pulled the plug on the inquiry after Prime Minister Jacinda Ardern said it was an internal National Party matter.

No one has said the leaker is a National MP, but that's the lingering impression that has been created and Mr Bridges doesn't like it.

He and his senior colleagues are sceptical, and they have reason to be.

Caucuses are tight-knit, MPs know and talk to each other. If one was having serious mental health issues, Mr Bridges and his party whips would be expected to know and do something about it.

They clearly don't and they're upset about Mr Mallard's decision, because without the inquiry the identity of the culprit may never be known.

Suspicions that it was one of their own MPs seeking to discredit the leader won't be dispelled and that's a breeding ground for damaging rumours of caucus discontent.

National is acutely aware that this situation suits the government.

"He [Trevor Mallard] has decided that the guilt lies with our caucus,'' says senior National MP Gerry Brownlee.

Another contentious issue was the timing of Mr Mallard's announcement that the inquiry wouldn't take place. This came just before the release of Ms Ardern's statement that she had sacked Clare Curran from cabinet.

The suspicion was that an attempt had been made to bury the inquiry story by swamping it with a bigger one.

While this was rumbling on, Ms Ardern decided to deal with a problem of her own - falling business confidence which the Opposition has been using to condemn the government's economic management.

The PM wants the government to have a stronger grip on the way it engages with the business sector, but she's dealing with people who believe they already know what's going on.

It's going to be hard to persuade them that ministers in a Labour-led government know as much about business as predecessors such as Steven Joyce and Sir John Key.

RNZ went to Ms Ardern's hometown to test reactions to her announcement and came back with some home truths.

Sheryl McKenzie, who employs two people in her clothing shop in Morrinsville, said small businesses were being left out.

People were spending less because they were uncertain about the economy, and takings were down 40 percent on the same time last year, she said.

"To be honest, the country has been a bit tipsy-turvey since she came in," Ms McKenzie said.

Leigh Blissett, who owns a bike shop, scorned the setting up of another committee.

"All they are is full of smoke and hot air," he said.

Just as it seemed a bad week couldn't get worse, another ANZ Business Outlook Survey was released showing confidence had fallen another five points.

The bank's economist, Sharon Zollner, said that indicated "a threat to near-term activity".

It will give National more ammunition to use against the government - the party believes economic performance is going to be the most important issue in the next election.

On the same day, Ms Ardern announced Customs Minister Meka Whaitiri had been stood down.

There's going to be an investigation into allegations she assaulted a member of her staff.

RNZ has been told she "manhandled" a new press secretary during a row in her office.

Other reports say Ms Whaitiri is difficult to get along with and her entire staff has turned over since she was appointed.

Ms Whaitiri also holds the associate portfolios of agriculture and forestry, local government and Crown/Māori relations. Her portfolios have been shared among other ministers.

The government's woes were sufficient for Mr Bridges to claim it was "coming apart at the seams" and that there will be more of that when parliament sits next week after a two-week recess.

Opposition assaults on the finance minister are sure to be renewed as National continues to criticise economic policy.

Whether the new advisory council will be able to offer useful "free and frank'' advice on ways to improve the situation remains to be seen.

As for turning around business confidence, the previous prime minister would probably have said, as he often did: "Good luck with that''.

* Peter Wilson is a life member of parliament's press gallery, political editor of NZPA for 22 years and parliamentary bureau chief of NZ Newswire for seven years.