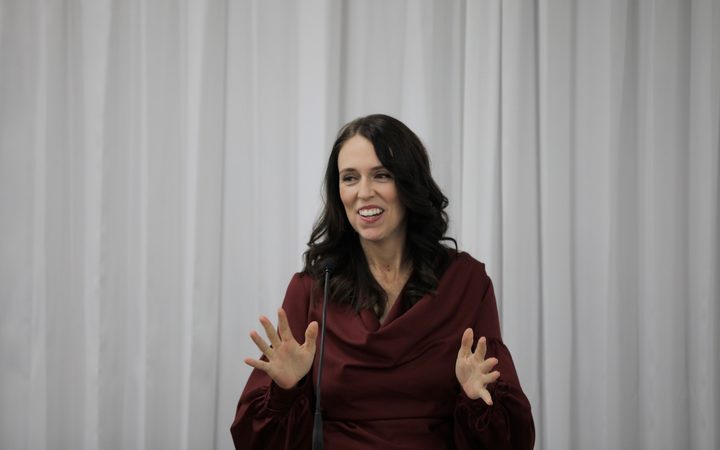 Rather than the elephant in the room, she said, it was a huge, flashing neon sign.

The role of the Prime Minister's Business Advisory Council would be to build closer relationships between government and business and provide high-level free and frank advice on key economic issues.

"The council will report to me on opportunities it sees and identify emerging challenges. It will bring new ideas to the table on how we can scale up New Zealand businesses and grow our export led wealth," she said.

"I want to work closely with, and be advised by, senior business leaders who take a helicopter view of our economy, who are long term strategic thinkers who have the time and energy to lead key aspects of our economic agenda.

The council will be chaired by Air New Zealand chief executive Christopher Luxon. He and Ms Ardern will determine the full makeup of the council and its initial work programme in the coming weeks, Ms Ardern said.

Westpac New Zealand chief executive David McLean told the audience to "get over the election result" and get on with business.

Mr McLean said uncertainty and concerns about consultation were contributing to low confidence, but business was running the risk of talking itself into funk and it was time to move on.

He said by signing theTrans-Pacific free trade deal (CPTPP) as one of its first acts in office the government showed its commitment to trade.

National Party leader Simon Bridges said the creation of yet another advisory group was an attempt to deflect attention from signs the economy was slowing and would not be enough to lift flagging business confidence.

Ms Ardern told Morning Report earlier today the message coming through from business was that they wanted as much certainty as possible.

The dollar has has fallen nearly 2 percent this year, at one stage touching a two-and-a-half year low, largely because of a stronger US dollar and the prospect of interest rates in New Zealand staying low for longer.

"In fact we've had bank economists come out and say conditions are great for business to invest.

"But what we need to ensure is the business confidence doesn't become a self-fulfilling prophecy, and that's why it is really important we address what messages we are being sent by the business community.

"The governor of the Reserve Bank has given real investment certainty now. We have low unemployment, we're running surpluses, we have relatively low debt levels.