New Zealand First's loyalty to the racing industry has galloped beyond tax breaks for good-looking race horses to include several all-weather race tracks for the industry. 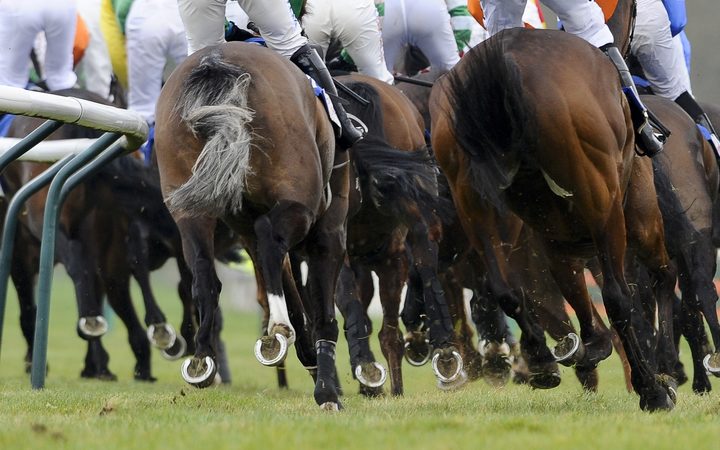 Racing Minister Winston Peters secured a tax change in the Budget this year to allow new investors to claim deductions for the cost of horses based on the "virtue of its bloodlines, looks and racing potential''.

It's now been revealed $30 million of contingency funding in the Provincial Growth Fund has been earmarked for the coalition government pet projects and the racing industry is set to benefit.

Regional Economic Development Minister Shane Jones said the money set aside is at the upper limit of what he expects will be needed.

The projects, which include a Dunedin centre of digital excellence, the Te Hiku Sports Hub in Kaitaia and several all-weather tracks for the horse racing industry, all came out of coalition talks between Labour and NZ First.

Cabinet has effectively already approved them and while final costings are yet to be done, the provincial growth fund will stump up the cash.

"These projects can be seen as a coalition dividend, the origins go back to the formation of the government. And now that they're moving through the machinery of government I can assure everyone that they'll be treated in a robust and thorough manner by the officials.''

At the Karaka sales in January Mr Peters confirmed plans for an all-weather track, which he said would save the industry from millions being lost in abandoned races.

The whole governance structure of the industry is currently under review by Australian horse owner John Messara who will provide recommendations to the government on its future direction.

And potential scraps over which part of the country would get a synthetic track appear to have been resolved with plans to build more than one.

National's economic development spokesman Paul Goldsmith said his party supports the racing industry but the lines are blurred when a project gets the green light simply because a coalition partner likes the sound of it.

"They should be able to make their case clear, and open and rigourous, and if it stacks up, it stacks up.

"The problem that we've got here is that the whole system is opaque and murky so it's hard to disentangle the arguments, and in that area they're not even making an argument, they're just saying we're going to do it,'' Mr Goldsmith said.

Mr Goldsmith described the provincial growth fund criteria as being "as loose and as billowing as the deep blue sea''.

"Well what we've seen is that it's an all-purpose political slush fund and you can fit anything into it,'' he said.

He said the economic flow-on to everyone in the industry is huge and synthetic tracks would go a long way to providing certainty for trainers and owners.

"I don't see racing as a rich man's sport. It's a sport that employs directly and indirectly more than 50,000 people, it has an economic impact of $1.6 billion a year and it has a major reach right across the North and South Island - and the export opportunity not only for horses but for people to go and explore the world.''

Mr Jones said it will be closer to the next election before any race track construction gets underway.