There is no more money in the government kitty for nurses but what's available could be restructured, Health Minister David Clark says. 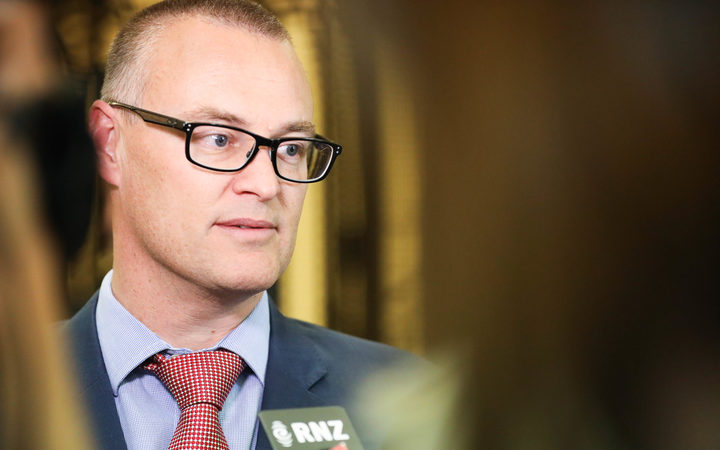 The DHBs' latest offer included pay increases of between nine and 15 percent to be rolled out over 15 to 18 months.

It's nearly double the previous offer from DHBs in February and is worth more than half a billion dollars.

David Clark told Checkpoint it was "really disappointing" the nurses had rejected the latest deal, saying it was the largest offer to nurses in over a decade.

However, he was impressed with the way nurses and the DHBs were working together and he still hoped a solution could be found to avoid industrial action.

"I am slightly encouraged that both the nurses organisation and the DHB are publicly saying that they will do everything they can to avoid strike action - facilitation or mediation - but it's a struggle to know exactly what would turn that around.

"At this point, I think the DHB would be all ears to hear if there is a different way that that package can be structured to meet nurses' needs."

He said regardless of the result of bargaining, the government had committed to funding an extra 500 nurses - a two percent increase in nursing numbers.

Earlier today, Dr Clark said the government had come up with the best deal it could.

"We put an extra quarter of a billion in beyond the original offer, which was already more generous than the average offer under the previous government," he said.

"I'm disappointed, but I'm hopeful a way through can be found."

He rejected the assertion that nurses had an unrealistic hope that was not being fulfilled.

"Expectations are high and I don't blame people for being hopeful, but we've been really clear and put our best offer out there in terms of the DHBs and the funding the government has put out," said Dr Clark.

"People have to know that this is the money that's available - and that's the situation we're in."

Meanwhile, DHB spokeswoman Helen Mason said they would do everything they could to avoid strike action but reiterated there was no more money available for negotiations.

"It's a very good offer, it's actually an excellent offer...there won't be more money on the table."

Nurses have previously voted in favour of two 24-hour strikes to take place in July if they cannot reach an agreement with DHBs on a pay-offer.