Nationwide nurses' strikes could still be on the cards after an independent panel working to resolve a pay dispute failed to meet their expectations. 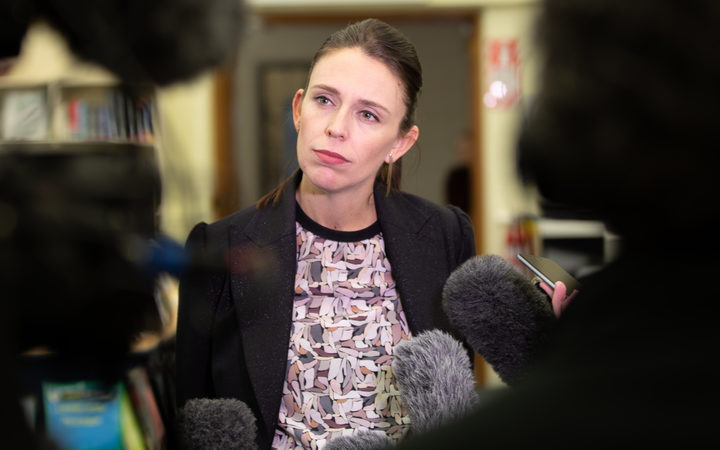 Jacinda Ardern was not willing to comment on the pay offer while negotations were still underway. Photo: RNZ / Dan Cook

The panel, which has been working with district health boards (DHBs) and nurses, yesterday recommended a 9 percent pay increase be rolled out by next August.

It also recommended a one-off payment of $2000 and a 2 percent increase in working staff nationwide.

"We're still going to have a problem attracting nurses to come into work or stay in nursing work if the pay doesn't fit the skills required, so that's the tension."

Ms Payne said the union would be waiting until Monday to see whether DHBs adopted the recommendations.

This morning, Ms Payne told Morning Report the recommendations are an improvement of one percent per annum and an additional amount on the lump sum.

"It doesn't address for us some of the key issues that we've already communicated around the previous offers and that's we don't want money as lump sums to see the base of the nurses salary scale significantly improved. We're a long way short of the teachers and pay parity and the three percent this year leaves us around eight percent short still on teachers. It needs to be more."

"We can have a good recommendation around staffing and and a commitment to increasing staffing, equivalent to two percent of the nurses budget, but if we don't have good pay then we can't attract those nurses to work."

Ms Payne said it was important for the members to reach a pay parity with teachers, not play catch up.

"I know our members will be disappointed."

Monday is also the day the results of a nationwide ballot on possible nurse strike action will be revealed.

However, RNZ understands the majority of the 27,000 nurses who were polled are in favour of striking.

"It would've been nice to get 10 percent ... it's not going to be that noticeable in my week to week paycheck."

She said the increase needed to put New Zealand salaries in the same ball-park as those in Australia, to stop Kiwi nurses heading overseas for work.

Prime Minister Jacinda Ardern said she was glad the panel had recognised nurses' struggle but she would not comment on pay negotiations while the DHBs were considering their offer.