The MP for Waiariki says the rejection of Māori wards in Whakatāne is a huge disappointment. 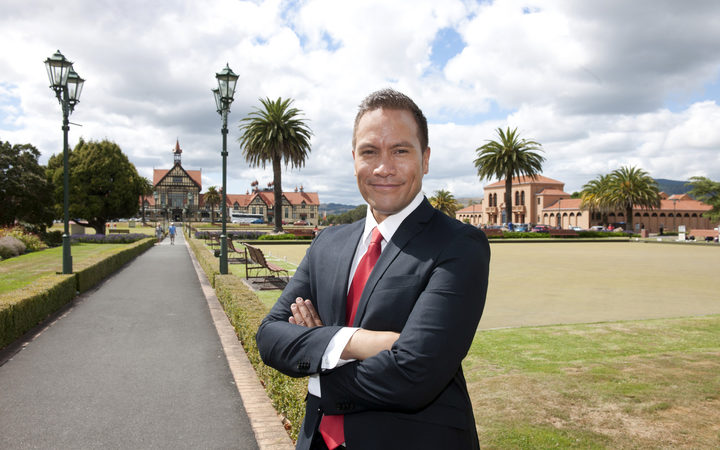 Tamati Coffey said he had thought if there was one place that could get over the line in terms of voting in favour of Māori wards, it would have been Whakatāne. Photo: Supplied

The district is one of five holding referendums this month on whether to have Māori wards.

Preliminary results released yesterday in Whakatāne, showed 55 percent of the local population voted against the move.

Mr Coffey said the results meant Pākehā councillors would remain the voice of Māori in the Whakatāne District Council.

He said given the high percentage of Māori in Whakatāne, he was surprised at the result.

"I had thought if there was one place in New Zealand that was going to get it over the line it would be Whakatāne but sadly I was wrong."

Mr Coffey said he was in talks with the mayor about other ways to have more representation for Māori in the area.

Hobson's Pledge, which opposes privilege for Māori, helped organise a petition which led to the referendum.

Its spokesperson, Don Brash, said including Māori wards would be introducing a racially based political system.

"There is nothing racist about saying we want all New Zealanders to be treated equally at law, how can that possibly be racist? The people who are racist are the people who want racially based political systems."

Whakatāne District Mayor Tony Bonne yesterday said that he was gutted the district had voted against introducing Māoriwards.

With Māori making up 43 percent of the local population he said the council was lacking in representation so would now have to look at other ways of ensuring Māori were involved in decision making.

Local Government legislation meant the council wouldn't be able to revisit the matter for another six years, Mr Bonne said.

An Electoral Officer will declare the final result of the poll on Monday.