MPs have been urged to change a "hideous" law which allows the public to challenge and overturn Māori seats on local councils. 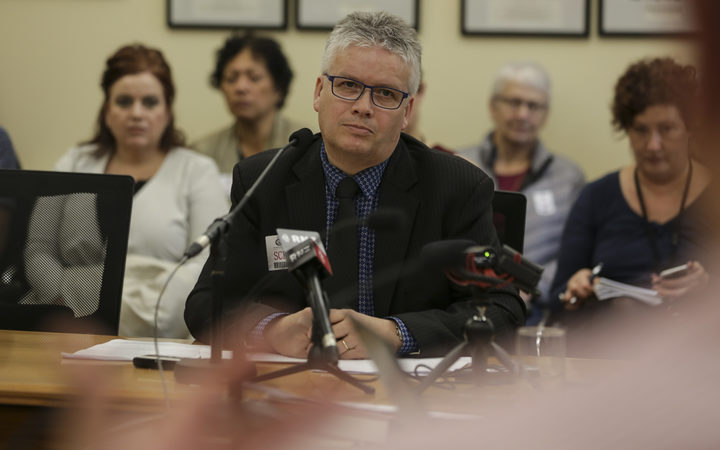 It comes after Manawatū voters on Tuesday rejected a council decision to set up a Māori ward with roughly 77 percent of respondents opposed.

Currently, the establishment of Māori wards can be put to a public poll, while other wards, such as rural or geographical seats, cannot.

"To highlight out the Māori seat is divisive. It's cruel," Mr Judd told a Parliamentary select committee.

"If you're in the rural seat, you're also considered a minority - so that minority has an easier pathway to the table than the Māori minority."

He was calling for "equal treatment" for Māori, he said, "not special treatment."

"You either have a petition and polling for all council decisions of its seats. Or none."

His preference was the latter, he said.

Mr Judd has long-lobbied for change after his failed bid to create a Māori ward in the New Plymouth district after being elected mayor in 2013.

He knew from experience how cruel the law could be and now Manawatū would face the same problem, he said.

"It divides communities - and no one wins from that," he said.

"That poor [Manawatū] community is now going to have to go through the pain of that division."

Lobby group Hobson's Pledge organised the Manawatū petition and several others in districts looking to bring in Māori wards on their councils.

Palmerston North residents' have until midday on Saturday to vote on the same issue.

Mr Judd said the referendums sent a message to Māori that they did not belong.

"Imagine being young and Māori and you've just come of the age to vote... to be faced with people coming to your town to take away your right based only on the fact that you're Māori."

Pākehā would consider it "abhorrent" if the process was reversed and Māori could challenge general seats, he said.

"Yet we think it quite natural and normal that we can treat Māori in this way - by legislation, for heaven's sake. It's horrible."

Speaking to reporters after the hearing, Mr Judd said he was "realistic" about the chance of change given the make-up of Parliament.

"But that doesn't mean we don't keep trying."

A bill - in the name of the Greens' Marama Davidson - sought to treat all seats equally, but failed at its first hurdle last year, opposed by National, New Zealand First and ACT.

Local Government Minister Nanaia Mahuta has said she's open to reviewing the law and wants to hear more from the sector.