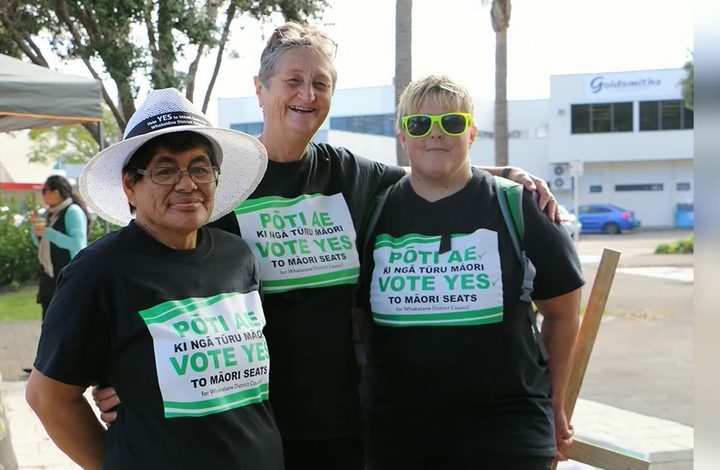 The district is one of five holding referendums this month on whether to have Māori representation.

The Whakatāne District Council voted to introduce Māori wards, but after some locals petitioned against it the matter had to go to a public vote.

The preliminary results released this afternoon showed 6000 people voted against them, making up 55 percent.

Forty-four percent, or 4760 people, voted for the wards.

District Mayor Tony Bonne said while that was an improvement in support on the last time the matter was raised, he was still disappointed.

"Personally I was gutted when I heard the result because I actually thought we would have gotten it over the line in Whakatāne District because of our high Māori population and the way that our council has shown we need to work for Māori for the benefit of the whole district.

"We've got some stick in the mud people with stick in the mud views. When the women's vote came through there were many people in the world at that time that thought the whole world was going to collapse. Hello, the world has carried on even stronger than it was and it'll be the same for Māori."

However, he admitted when he first became mayor in 2010 he was against the idea.

"But I can tell you I quickly changed knowing that to move forward in the district we need to work together and it's so important we take the view into account. "

With Māori making up 43 percent of the local population he said the Council was lacking in representation so would now have to look at other ways of ensuring Māori were involved in decision making.

"Other councils around the country, some of them have independent Māori positions on the different committees.That's one area we need to look at...."

Mr Bonne said the government needed to look at the legislation, which he labelled "descriminatory against Māori".

"If we change the ward structure for any other reason there is no poll provision but for Māori it has."

He said under the Local Government legislation the council wouldn't be able to revist the matter for another six years.

An Electoral Officer will declare the final result of the poll on Monday.