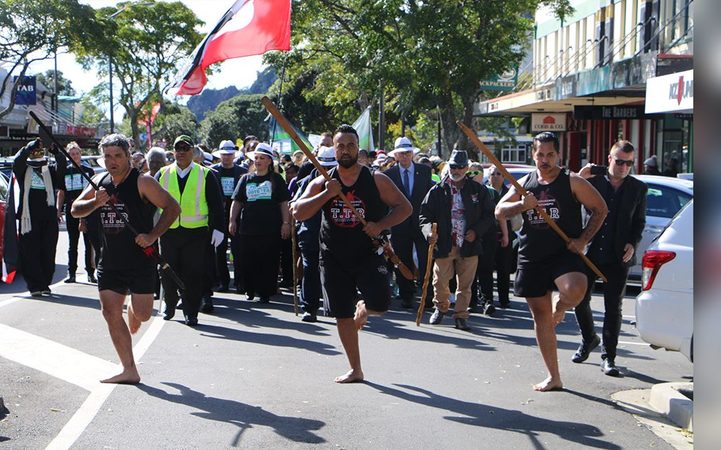 Whakatane District Council voted in favour of introducing Māori wards last year, before a petition calling for a referendum sent the decision back to the public.

It is one of five councils around the country holding referendums this month to decide the fate of Māori wards.

Danae Lee was part of the group, which has organised a number of events to encourage voters to say 'yes' to Māori wards in the district.

Today's hikoi (march) was about ensuring Māori were seen and heard in the district, she said.

Māori make up about 40 percent of the district's population.

"You've got our tamariki and mokopuna growing up and not seeing their faces represented on the council," she said.

"It just perpetuates that cycle of colonisation."

The opposition against Māori wards came from groups who believed race-based seats promoted separatism, she said.

"It's been good to open up that dialogue between people who have different views.

"For the most part it's been very civil, very positive, and I think we're changing hearts and minds slowly too," she said.

Former New Plymouth mayor Andrew Judd, who advocated for Māori wards in his district in 2015, was invited to help lead the hikoi. 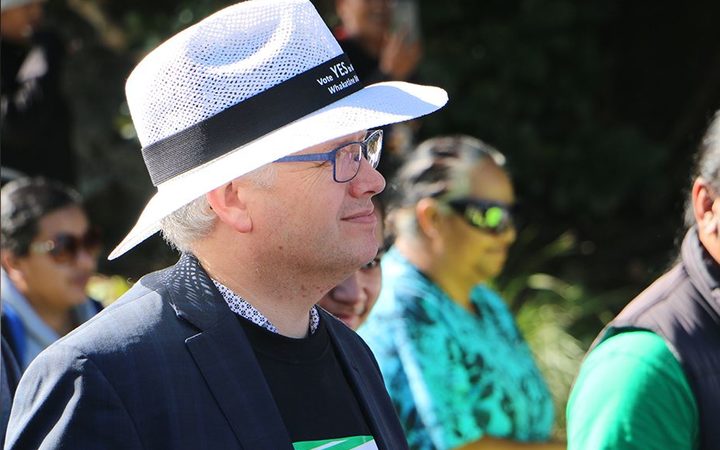 Although voters overwhelmingly rejected the suggestion then, hikoi helped move the conversation around Māori wards, he said.

Mr Judd has described himself as a "recovering racist" and encouraged Pākehā to take a deeper look at their attitudes toward Māori.

"My country raised me to have a certain view towards not only my country but Māori.

"It kept me feared, it kept me scared and ignorant - it actually fed my racism."

The Māori view should be embraced by councils, he said.

Later this month Mr Judd will head to parliament to discuss his petition calling on the Crown to change laws around Māori wards.

"It seems to me divisive - dare I say, it is racist - to have legislation that allows a community to petition only the Māori voice."

Voting for the Whakatane District Council referendum ends on 19 May with results announced at the end of the month.