Workers who have been hired and fired under the 90-day trial period are pleading with the government to scrap the law all together. 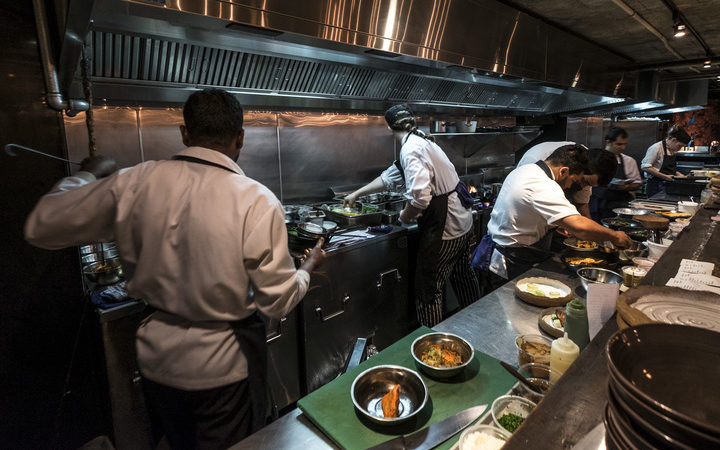 Labour campaigned on replacing it, but after being lobbied have allowed small businesses to continue using the law which enables employers to fire new staff within the first 90 days without giving a reason.

Chloe King said that in 12 years on the workforce she had never signed a contract that did not have a 90-day clause.

"In hospitality, you never are not [starting on a 90 day trial]. That's just standard practice."

The 32-year-old said it caused an endless sense of anxiety.

"Constantly worried that you aren't doing enough, or working hard enough to outwit, outplay and outlast the 90-day trial. And it does get exhausting, especially if you have to go through that trial over and over again," Ms King said.

Under the proposed law, companies with less than 20 staff could continue to use the law, though bigger businesses could not.

Ms King said it was tough being small but the government needed to come up with other ways to help.

She has been writing about the plight of low-paid workers for years and she said it was clear who the law change had failed to help.

"Once again, it's going to impact the most vulnerable workers. Those workers working in the back of kitchens, new migrant workers who are increasingly in hospitality.

"I just think it will disproportionately once again lower certain workers in New Zealand."

Another 30-year-old woman, who did not want to be named, told RNZ she had been let go towards the end of a 90-day trial at least four times.

She worked in the creative industry, and said the law created a huge problem.

"I'd have jobs where I was given a 90-day trial on a lower pay and promised a pay rise when I was made permanent, but they would just end the trial," she said.

"Also, jobs that had rotated staff: continually having people on for 90 days and being made unemployed again," she said.

She said she had been on plenty of contracts that included questionable clauses, but was afraid of speaking up in case she was let go under the 90-day trial.

"I felt like I had no feet to stand on or any credibility, and I was the little guy in the situation," Ms Pleasants said.

Unions said they would continue to fight against the use of 90-day trials, but they were pleased with the other changes introduced.

Workplace relations minister Iain Lees-Galloway said evidence in favour of trial periods was purely anecdotal and not backed by research.

He said the government would closely monitor how effective the trials were and make any changes they deem necessary.

The new legislation restored the duty to conclude collective bargaining unless there was a good reason not to and removed the right for employers to refuse to bargain for a multi-employer collective agreement.

It also restored the right of unions to be able to go onto a worksite without prior employer consent.

The National Party is warning that Labour's employment law changes will slow the economy and deprive workers of jobs.

National workplace relations spokeswoman Amy Adams said New Zealand had one of the highest performing job creation economies in the world and scrapping things like the 90-day trial would be a step backwards.

She said New Zealand currently had the third highest employment rate in the OECD as a result of employment law settings put in place under National.

"Seeking to undo that I think speaks more to the fact that we have a government now that has a strong union focus than it does about making sure there are jobs available to our economy," she said.

"At the end of last year Treasury came out in its Budget Policy Statement that making changes like the government announced yesterday are going to hurt the employment chances of low-skilled and vulnerable workers."

"I think everyone would agree that the most important thing to a worker is that there's someone who's prepared to take a chance and give them a job.

"The reality if you get in there and prove that you're a valuable worker, you're like gold to a business and they will want to keep you."

She said it made no sense to retain the rule only for businesses with less than 20 staff.

"If they're reasonable for a small business to be able to take a chance on a vulnerable worker, why aren't they available for the 70 percent of workers who are employed by larger businesses and they are often are the ones who take on vulnerable workers?"