The government's flagship families package has passed its third and final reading in Parliament tonight. 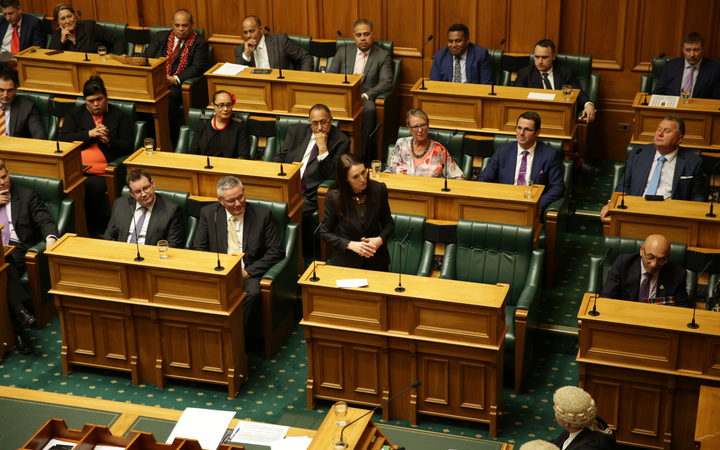 MPs have been debating the legislation since yesterday afternoon - with the government pushing it into law under urgency.

The legislation rolls back National's promised tax cuts and instead extends Working for Families and boosts the accommodation supplement.

It also introduces a payment for young babies and a winter payment for superannuitants and most beneficiaries.

The changes will kick into effect in July next year. The package will cost $5.53 billion over the next five years.

The bill passed 63 votes to 43 - with Labour, New Zealand First and the Greens in support and National opposed.

Finance Minister Grant Robertson said he was "incredibly proud" of the scheme.

"What a fantastic day for New Zealand!" he told MPs to applause.

"This was a core part of the 100-day plan of this coalition government because it will make the lives of children and families in New Zealand better."

He said the bill would lift 88,000 children out of poverty by 2021 and transform the lives of thousands of New Zealand families.

"This bill is all about Grant Robertson being the Grant who stole Christmas."

He said Mr Robertson should own up to the fact that he was taking money off Kiwis by repealing National's tax cuts.

"Instead he stands there like King Canute pretending that's not what's happening... well, it happened all right... and he needs to own up to that."

But Mr Robertson said that wasn't true as the tax cuts had yet to come into force.

"[The money] had not got into their pockets," he said.

"New Zealanders know that in the future under this government, they won't be paying more personal income tax than they have in the past, but that there will be a package that actually sets out to improve the lives of people in New Zealand."

MPs have been debating the legislation since Thursday afternoon.

Fractious scenes erupted earlier on Friday when several MPs objected to decisions by the Chair - ultimately leading to ACT leader David Seymour being kicked out.