Parliament erupted in hangry scenes this afternoon when MPs weren't allowed to go on their lunch break at 1pm. 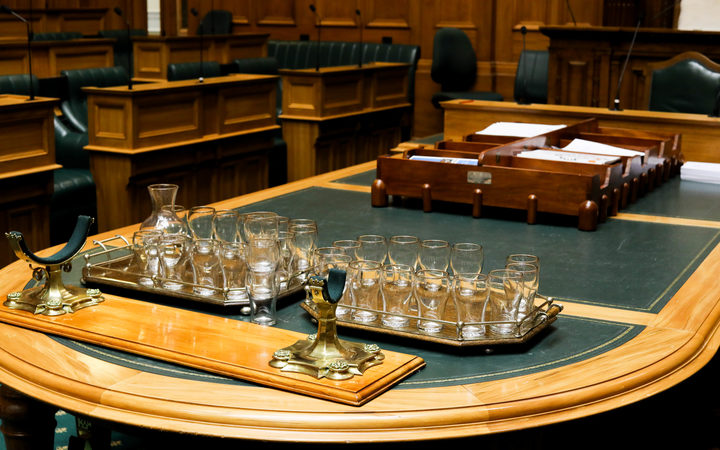 Some MPs were probably already cranky because the government's Families Package is being passed under urgency - meaning they have to be at Parliament on a Friday.

But when MPs weren't allowed to take their lunch break at 1pm, and had to keep debating the bill, it all boiled over.

"This is outrageous, I have a right to raise a point of order," he screamed at the chair Adrian Rurawhe who was putting a question to the House.

Mr Ross eventually got to raise his point of order.

"We have gone past 1 o'clock. It is in the Standing Orders of this Parliament, that there is the break for the lunch break.

"And Mr Chair, I was trying to raise that point of order to you before you dismissed me and did not hear me."

Mr Rurawhe responded that he had accepted the closure motion and the vote would take place before the lunch break.

It was all too much for the Act leader David Seymour.

"Mr Chair, could I put it to you that you have lost control of the House because of the way you've chaired it, and if you're not going to allow me to speak when I have substantive things to say in response to the Minister's constructive comments on my amendment then there's no point in being here," Mr Seymour complained.

"And if you're going to expel Members for relitigating the point of order we may as well go anyway."

Mr Seymour's wish was granted and he was ordered to leave the House and was off for an early lunch.

The Speaker Trevor Mallard was eventually recalled to the House to try to placate the hangry MPs.

"This matter is a very simple matter, the question of the closure is something which is at the discretion of the chair," he ruled.

Eventually the MPs went to lunch about 40 minutes late.

Dinner is scheduled for 6pm.