The government has confirmed a families income package it expects will lift about 88,000 New Zealand children out of poverty. 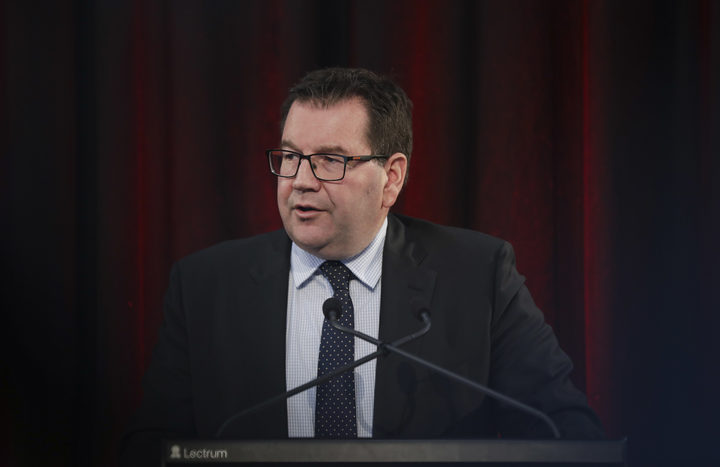 Finance Minister Grant Robertson has delivered the first major update of the government books since the Labour coalition government was elected.

He said the update showed the government would be able to make good on its election promises and deals struck with New Zealand First and the Greens.

To be able to do this, it will deliver smaller surpluses than had been forecast under a National government, pay debt down more slowly and cancel National's tax cuts, which would have cost $1.5 billion a year.

Prime Minister Jacinda Ardern said when the families package was fully rolled out by 2021, 384,000 families with children would be better off by an average of $75 a week, with many lower-income families receiving more.

She said it was estimated this package would lift 39,000 more children out of poverty, than would have happened under National's plan.

The package will cost $5.53 billion over the next five years, and would come into effect on 1 July next year.

Components of the package include:

1. A couple with a six-year-old and a 10-year-old child, with a single income of $90,000 will get $49 more a week. If they live in central Auckland they could also get $31 more a week through the Accommodation Supplement.

2. A couple, with a four year old and a six year old, on a single income of $55,000 will get $129 more a week. If they live in Hamilton they could also get up to $100 more through the Accommodation Supplement.

3. A sole parent with a two year old, earning $45,000, will get $107 more a week. If they live in Wellington they could also get up to $30 more through the Accommodation Supplement.

4. A retired couple receiving NZ Superannuation would get an extra $32 a week during the winter months from the Winter Energy Payment.

Find out more about how you may be affected here.