A letter from disgruntled Green Party staff to its MPs has revealed complaints of low morale, bad communication and unfair treatment. 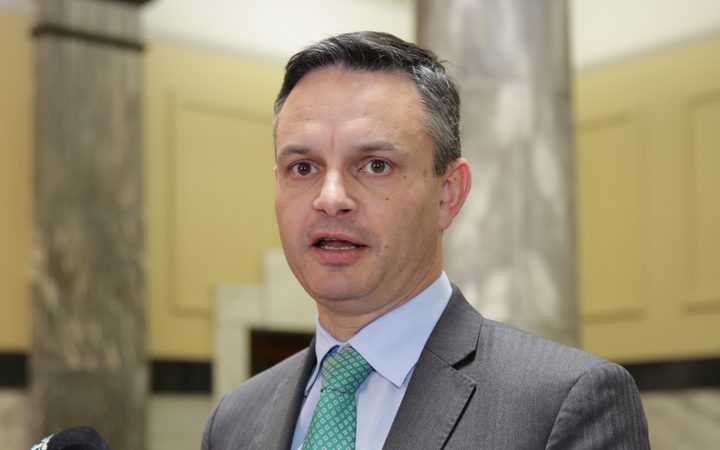 It highlights how difficult the party has found the transition into government, with a greatly reduced caucus and managing new ministerial responsibilities.

The Green Party has always prided itself on its tikanga, campaigning strongly on workers rights, speaking frequently at union events and describing work as "being valued and valuing each other".

However the letter reveals staff are unhappy with the way they've been treated since the party has become part of the government.

RNZ understands there has been a push from senior party staff to hire external people for key advisor roles. There was some pushback, with one minister, Julie Anne Genter, going against the directive and hiring existing staff.

The letter makes it clear that some staff also took exception with the processes and some were left with the "distinct impression they were not valued" or that they had "defects" in their work.

"MPs and senior staff should now be fully aware of the damage to staff morale created by this drift away from Green kaupapa," the letter said.

"They should also know that the manner in which Green staff have been treated has already diminished the reputation of the Green Party."

The letter also states staff were prevented from providing feedback on a proposed staffing structure and "MPs impinged upon important rights to be heard".

The low -morale within the party shows it is still struggling to completely recover from a poor election campaign that was disrupted by the resignation of its co-leader Metiria Turei.

After the election, the party lost nearly half its number of MPs, forcing it to shed staff and reshuffle office spaces.

The promotion into government not long after added to the chaos.

"Many staff have been in a holding pattern for over a month, which has created uncertainty, paralysis, and low morale," the letter said.

While the Green Party has been celebrating having ministers for the first time, it's understood this has created some tension within the caucus, with some long-serving MPs, who were overlooked, feeling disgruntled.

A spokesperson for the Green Party declined to comment on the matter, saying it did not discuss employment matters.

Prime Minister Jacinda Ardern said the reported complaints of poor treatment highlighted the difficulties of the transition to government and were internal Green Party matters.

"There's no doubt that is a difficult period to manage," she told Morning Report.

Greens look for next co-leader

Meanwhile, the party is looking to elect a co-leader next year. The process usually happens at the Greens' AGM mid-year but this may be brought forward.

Some members believe Marama Davidson, who is the highest ranked female on the party list, would be best for the role as it would be a nod towards their social justice focus, and a person who doesn't have a ministerial role.

There also is a lot of support from within the party for Ms Genter.

However, there has been some good news for the Green Party in RNZ's recent poll of polls, which showed Labour and the Greens combined are now ahead of National.

The average of the three post-government-formation polls has given National 42.4 percent, 11 percent behind the three-way government's total of 53.4 percent: Labour 39.3 percent, Greens 8.6 percent and New Zealand First 5.5 percent. A Labour-Green-only combination has a clear 5.5 percent lead over National.