Analysis - One of the more prominent MPs to feature in New Zealand media since the election was one that scraped in on the special votes. 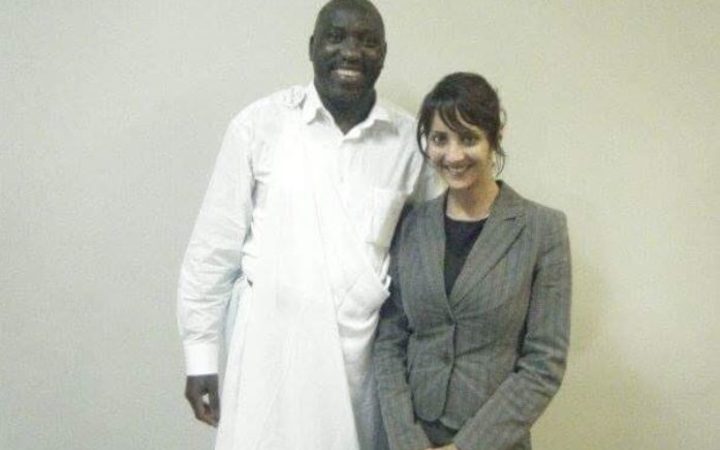 Golriz Ghahraman was already a familiar face with her background as an Iranian refugee, having worked for the United Nations trying war criminals, and to a lesser extent being the girlfriend of comedian Guy Williams.

But this week it wasn't her public condemnation of Australia over its "war crimes" in regard to the Manus Island refugees, but the revelation that she defended war criminals in Rwanda.

"Of all the things she could have done in Africa, to go and defend these ratbags.

"I cannot for the life of me comprehend why any lawyer or moral human being would opt to engage in the defence of these people.

Mr Quin's personal reaction is understandable given that he has worked with genocide victims in Rwanda, but Ms Ghahraman pointed out that it's also the human right of those accused to get a fair hearing.

"It is really important to have a strong defence in those courts, so that the verdicts were safe, and we left a model of justice for the community."

"The point of the international human rights project is to create global institutions that can implement the rule-of-law practices we expect in nice, rights-respecting places like New Zealand.

"So, when you've got someone accused of genocide in Rwanda, you don't just summarily execute him or leave him to rot in a hole. You determine whether or not he actually did what he's accused of, then punish him accordingly."

However, isn't that the role of an intern? The experience of working on such a crucial case would have been a career highlight and it's therefore no wonder it gets a mention in her CV.

But it's also a wonder why she didn't make it clear which side she was on. Not that there is anything wrong - legally or morally - with that role. Does it say something about her, and the Greens, that it was left off?

Her previous comments, including her maiden speech, glossed over her specific role in Africa, but did mention her prosecuting role in Cambodia.

She said: "I saw that at the Rwanda Tribunal, at The Hague and when I prosecuted the Khmer Rouge in Cambodia."

That line wasn't off the cuff. It was also used on the Green Party website, introducing an even further ambivalence of her specific tasks:

"Golriz has lived and worked in Africa, The Hague and Cambodia putting on trial world leaders for abusing their power."

On Tuesday, Ms Ghahraman told Morning Report she agreed the wording on the Green Party website wasn't accurate and that's now been changed.

She says she's always been very open about her role. It's on her curriculum vitae which is online.

But that wasn't enough to placate some.

On Wednesday morning, Duncan Garner held her feet to the fire for a good 12 minutes on The AM Show.

Garner acknowledged that everyone has the right to legal representation, but took particular umbrage at her photos with Simon Bikindi who was a pop star and involved with the infamous Interahamwe militia and exhorted Hutus to kill Tutsis, who he referred to as "snakes". He was convicted and received 15 years for incitement to commit genocide.

Garner's simple question cut to the core of what's perhaps at issue in this sorry saga - poor decision making: "But do you take holiday snaps with a mass murderer?"

Ghahraman responded: "I can absolutely see how it's jarring to people, but if you actually believe in the system you're not going there and going, 'You are a mass murderer' the minute you start representing them. That would be you making a decision for the court."

Ms Ghahraman and her party can take heart from the fact that there's more awareness of the rights of all to a fair defence, and it being part of a lawyer's job to defend those accused of crimes.

The question is whether they should have been more up front from the start, and whether they made a calculated decision not to.

In politics, perception is everything.

* Alex Perrottet is a lawyer and Morning Report producer, he is to present RNZ's Summer Report programme.