New Zealand's first refugee MP, Golriz Ghahraman, has come under scrutiny for her role in the in trials of war criminals following the Rwandan genocide. 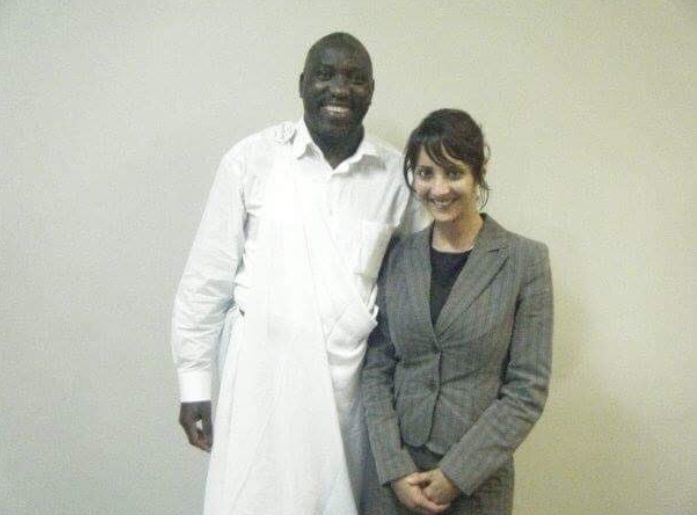 On the Green Party website, Ms Ghahraman is described as having put on trial world leaders for abusing their power, and restoring communities after war and human rights atrocities.

But it doesn't disclose that as well as help prosecute war criminals, she also worked on the legal defence team of some accused.

Among those she helped defend was Joseph Nzirorera, charged with genocide and crimes against humanity in Rwanda. This information was also missing from her maiden speech in Parliament.

The Rwandan genocide was a genocidal mass slaughter of Tutsi people's in Rwanda by the Hutu majority from April to July 1994. It is estimated roughly 800,000 people were killed in the three month period.

In a statement released today, Ms Ghahraman said she is "deeply offended" by the suggestion that she is a genocide denier.

"I am strongly committed to upholding human rights, and my work experience is testament to that," she said.

"Every role I have held in international justice, on both defence and prosecution, in internship and paid positions, has been as part of the official United Nations workforce. In fact it would be impossible to work in an 'unofficial capacity' at international tribunals."

Earlier Ms Ghahraman told Morning Report she has never hidden the fact that she did the defence work and she will change the details on the website.

She said she posed for a photo with one of the war criminals she defended because she was part of the legal team. In the photo, Ms Ghahraman is seen smiling with Simon Bikindi, one of Rwanda's most famous war criminals.

Bikindi was a pop singer who wrote songs encouraging the slaughter of Tutsi and moderate Hutu. His music - played on the radio station which coordinated the slaughters - lead to a charge of inciting genocide.

Bikindi was also accused of taking part in some of the murders.

Ms Ghahraman ended her statement by saying, "While the crimes being investigated at these tribunals are undoubtedly heinous, maintaining a fair and robust trial process is absolutely necessary to upholding the human rights framework. In fact the United Nations system requires it.

"I am proud to have been involved in that tradition of fair and transparent international justice. Victims of conflict and genocide deserve a process where the evidence is tested and the verdicts are safe. This is the only way the cycle of violence will end and each group can move forward."