The Labour-led government is considering changes which could give Parliament more clout under MMP and force governments to share power. 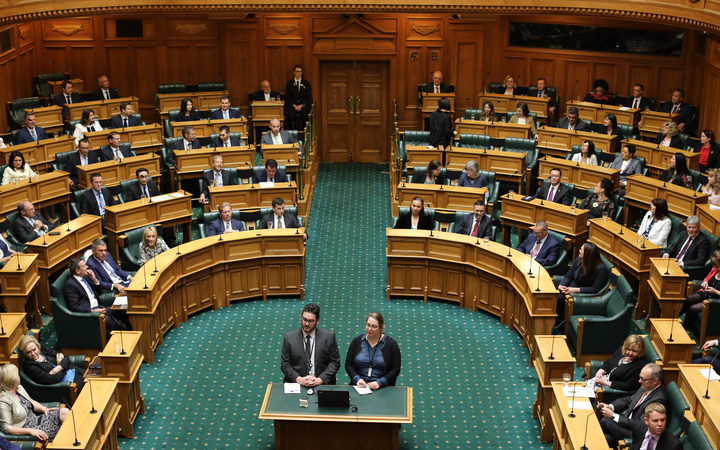 Deputy Prime Minister Winston Peters wants to change the seating arrangement in Parliament and has suggested giving select committees more authority, including being able to change elements of the Budget.

All this could be considered as the government honours the coalition commitment to review the processes of Parliament to better reflect MMP.

Prime Minister Jacinda Ardern does want to do things differently, including giving her coalition and support partners - New Zealand First and the Greens - room to express their political differences while continuing to present a cohesive government policy agenda.

She also wants to collaborate more widely and involve the National Party in the business of government.

Ms Ardern said as the Opposition, National had the responsibility to hold the government to account. But National might also want to see some issues addressed where the parties may be able to work collaboratively.

"There are two areas where I think we should be able to take the politics out of, child poverty and climate change. I've got two particular pieces of legislation that I'm hoping for near unanimous support in Parliament and so that I think will be the test on whether we can demonstrate that there is the ability to work together on particular issues."

Ms Ardern said she would like to give a draft of the child poverty legislation to National Party leader Bill English as soon as possible to discuss before it was introduced to Parliament.

Mr Peters said there had always been co-operation, but he supported the Prime Minister's intention.

"We could do far better in terms of co-operation and I suspect the Prime Minister will because of her nature," he said.

But it might be a challenge this early in the term of the new government to broaden co-operation with National. Some Opposition MPs are still upset that they are not in government when they believe they won the election.

Senior National MP Nick Smith has questioned how his party is not still sitting on the government benches.

"I certainly think the outcome is very unusual. We've got over 50 parliaments in the world that have proportionate-type systems. It's almost unheard of a party to get 44.4 percent of the vote and not be part of the government," Dr Smith said.

National has demonstrated so far it wants to be a strong, traditional Opposition.

But Winston Peters wants to change MPs' approach to politics in Parliament. Despite being regarded as one of Parliament's more combative participants, he has plans to change the seating arrangements to reduce the adversarial nature of the House.

"If you go to other environments they sit like a delta and the Speaker is up there. Every group is lined up over here looking in the same direction, so to speak, rather than eye-balling each other in a bear pit which is what our Parliament sometimes resembles."

Mr Peters has also suggested revamping select committees to give them more power.

"I see the in other countries, for example in Germany, where the equivalent of our finance and expenditure committee can't alter the global amount of the Budget, but they can alter the content, the elements within it. They're a seriously powerful select committee," Mr Peters said.

Green Party leader James Shaw welcomed the plan to review Parliament and said there were still a lot of hang-overs from the first-past-the-post system which did not translate to the more pluralistic system under MMP.

* You can hear more about MMP on Insight just after the 8am news on Sunday Morning with Wallace Chapman on RNZ National.