New Zealand's offer to take Manus Island and Nauru refugees is unaffected by allegations in Australian media of sex with underage girls, the government says. 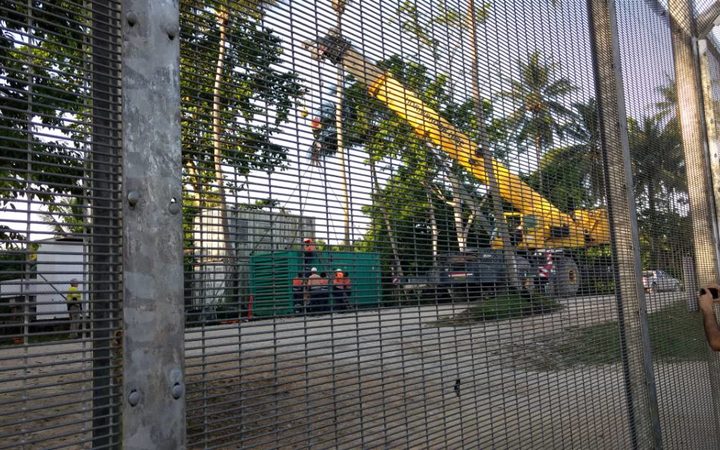 Part of the Australian-run Manus Island detention centre being dismantled after its closure at the end of October. Photo: Supplied

The Australian Financial Review and Fairfax report they have obtained a copy of an intelligence cable detailing the behaviour of some refugees, including taking and dealing drugs.

The cable, sent to the Australian Government from Papua New Guinea, details allegations that refugees were renting rooms throughout Manus and luring underage girls between 10 and 17 years of age, with money, goods and food.

New Zealand has a long-standing offer to accept 150 refugees from offshore detention centres - something which Australia has refused to take up. The Australian-run Manus Island detention centre closed at the end of October, but several hundred men are refusing to leave the facility.

The Australian Financial Review said the Australian government was unhappy with what it viewed as Prime Minister Jacinda Ardern's "moral posturing and naivety" on the matter.

A spokesperson for Ms Ardern said the government's offer stands and refugees mentioned in the cable would be a small group of bad eggs.

"In event the offer is accepted, all refugees will undergo comprehensive screening and assessment processes that includes credibility and risk assessments and security checks.

"Refugees who do not meet New Zealand's relevant immigration policies, security and biometric checks and risk and health assessment are declined."

He said the relationship with Australia was strong.

The Australian Financial Review, citing the intelligence report, said police had not been able to investigate the claims as they hadn't been reported but the local Provincial health Authority wrote to the Provincial Police Commander expressing concerns.