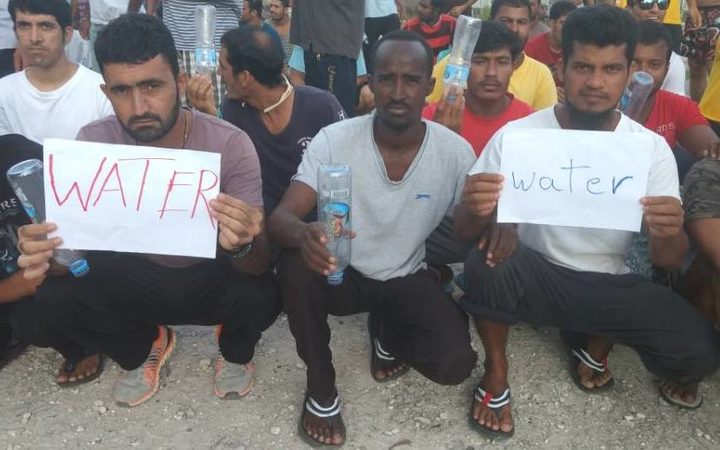 About 400 men are refusing to leave the Australian-run centre which closed at the end of October.

Since then, the police say about 180 refugees have left the protest for three alternative facilities on the island.

The Manus Island police commander David Yapu said moving the refugees by force was not an option and that the refugees were being politely asked to voluntarily move to their new residences.

Hillside Haus in Lorengau has been gazetted as a permanent place of immigration detention, while the PNG government has declared the East Lorengau Refugee Transit Centre and West Lorengau Haus are relocation centres for the refugees.

Mr Yapu said this gave police and the PNG immigration department the authority to move all refugees to the new sites.

He said the former detention centre had been revoked as a place of immigration detention and the site would be taken back by the PNG Defence Force as part of its naval base for normal military activities.

Meanwhile, the refugees holding out at the centre said there was a water shortage after staff from the PNG immigration department destroyed rainwater stores on Monday.

They said some of them were sick from drinking dirty water.