The Prime Minister has hit back at claims New Zealand has become a soft target for people smugglers with the change of government, saying this country is helping to combat the problem on the ground. 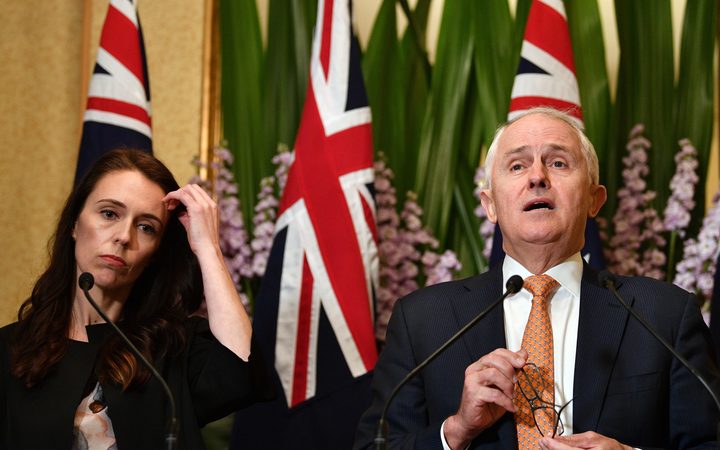 An Australian newspaper has reported unnamed sources saying the government there has turned back four boats of asylum seekers that were heading to New Zealand.

Ms Ardern has been wanting to meet with the Australian Prime Minister Malcolm Turnbull at the East Asia Summit, to once again ask him accept New Zealand's offer to take 150 refugees from Nauru or Manus Island.

There are still hundreds of refugees at the detention centre on Manus Island, officially shut by the Australian government in recent weeks.

Speaking at the summit in the Philippines, Ms Ardern said there had been "ongoing" attempts over the years by people smugglers to get to boats Australia, and "rumoured" attempts to go beyond that to New Zealand.

She said New Zealand had always maintained a zero tolerance approach, under any government.

"Anyone who tries to put at risk vulnerable peoples' lives should come under the full force of the law."

She could not say whether the Courier Mail story represented push back from Australia as a result of pressure over Manus Island, in the form of a strategic leak.

But she said New Zealand played its part.

"We have been involved for a number of years as country and working alongside Australia, and trying to stop people at the source from risking their lives and trying to make that journey - and we will continue to do so."

After meeting with Ms Ardern in Sydney at the start of the month, Mr Turnbull told reporters it was Australia's tough immigration policy that protected New Zealand against people smugglers.

"The boats have stopped, there has not been a successful people smuggling operation directed at Australia for well over 1000 days...many of those people smugglers were trying to get to New Zealand, New Zealand obviously benefits from the strong border protection polices that we have."

"What I would add is we're there too; I wouldn't want to leave the impression New Zealand isn't playing a role as well - we are."

While the National government originally made the offer to take the 150, party leader Bill English said Ms Ardern's approach may backfire.

"They need to keep in mind that one of the tools New Zealand has for managing any boat people getting here is the co-operation of the Australian government, because that's who would see the boats and turn them around."

He said the fact that there had been a story at all about asylum seekers heading for New Zealand - when that had not happened for some time - should be an indication that going through the "show" of putting pressure on Australia did have "some cost".

It was the Australian authorities who spotted and intercepted the boats, said Mr English.

"We need a constructive relationship with Australia to help manage any potential for boat people to head to New Zealand and the way the Prime Minister's making a show of trying to put pressure on them isn't going to help that relationship."

The story stated it was not known when the boats were intercepted.

Acting Prime Minister Kelvin Davis said he did not know the source of the story, but it was "quite possible" it could be the Australian government pushing back over Manus Island.

But he said the arrival of any boats remained hypothetical.

"There is the Tasman Sea to be crossed and there's a few thousand kilometres of some of the roughest water in the world. It is a situation though that we have concerns for anyone who tries to get here by way of sea."

He would not comment on whether New Zealand would process people arriving by boats as asylum seekers.