A day is a long time in trade negotiations. 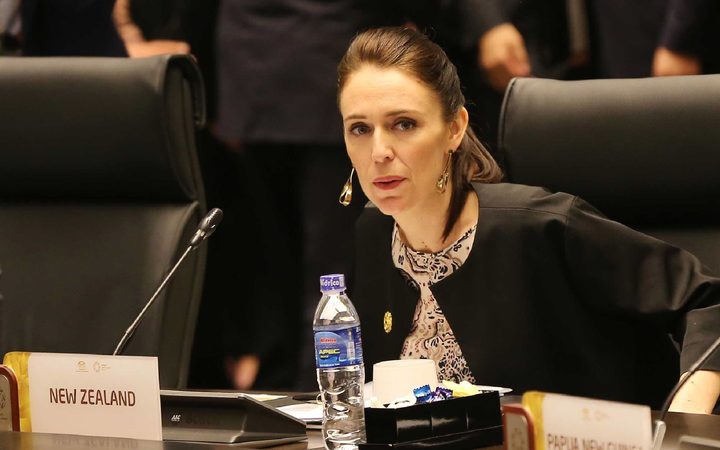 After a Canadian no show at a Trans-Pacific Partnership leaders meeting on the sidelines of APEC raised doubts about the future of the controversial trade pact, a burst of intense negotiations managed to get the process back on track to conclude a deal.

Most elements of the deal have now been agreed on by the eleven nations involved, with only four issues still to be discussed involving Vietnam, Brunei, Malaysia and Canada.

Another 20 provisions, mainly related to American demands around issues such as intellectual property, have been suspended.

It is not clear yet when the agreement, which has been rebranded the Comprehensive and Progressive Agreement for the Trans-Pacific Partnership - or CPTPP, will be finalised and implemented.

"I'm pleased with the work I've been able to do on this agreement," New Zealand Prime Minister Jacinda Ardern said.

"It isn't perfect, but no free trade agreement is."

Ms Ardern fulfilled her pledge to preserve the market access gains promised under the old TPP, but only succeeded in narrowing contentious rules allowing foreign firms to sue governments, after wanting to dump the regime entirely.

"Not only in preserving essential elements of the original agreement, particularly in terms of improved market access to Japan, Canada and other markets, but (it) has also softened its impact in areas that were previously contentious in New Zealand" International Business Forum executive director Stephen Jacobi said.

TPP opponents argued the deal was effectively the old TPP.

"If the economics don't stack up, as Labour said they didn't with the original TPP-12, then the new deal should not proceed," Auckland University law professor Jane Kelsey said.

She warned New Zealand remained vulnerable, especially if the US sought readmission at some stage and insisted on revisiting longer copyright and patent protection periods, changes to the drug-buying body Pharmac and greater protections for foreign investors.

Ms Ardern said she did not share those qualms.

"It's not an automatic lifting of those suspended provisions. At that point it triggers an ability for a negotiation over their re-entry," Ms Ardern said.

A review clause after three years is built into the agreement, meaning the Investor State Dispute Settlement (ISDS) could be renegotiated.

Officials and Trade Ministers are expected to work out a timeline shortly for finalising a deal, which could come as early as February.

The onus will be on Vietnam, Malaysia, Brunei and Canada to resolve their outstanding issues in time, or the provision will stay as it currently stands.

Vietnam is seeking to avoid trade sanctions on labour law violations, Brunei and Malaysia want more time to phase in new rules while Canada wants to lift subsidies for French-speaking programmes to make up for a shortfall in funding by Netflix which had made a huge investment in the country.

If the deal is completed, six of the eleven countries, or 50 percent of the original signatories, will need to ratify it to bring it into force.

The determination to revive the CCTPP deal also leaves US president Donald Trump out of step with other leaders in the Asia-Pacific region.

Mr Trump reiterated his objection to multilateral and regional trade deals in a speech at APEC, blaming them for America job losses.

He had been pushing the case for bilateral deals on his 12-day Asian trip, but has little to show for it as yet.