The Trans-Pacific Partnership trade pact has failed to get over the line after Canada didn't attend a critical leaders' meeting. 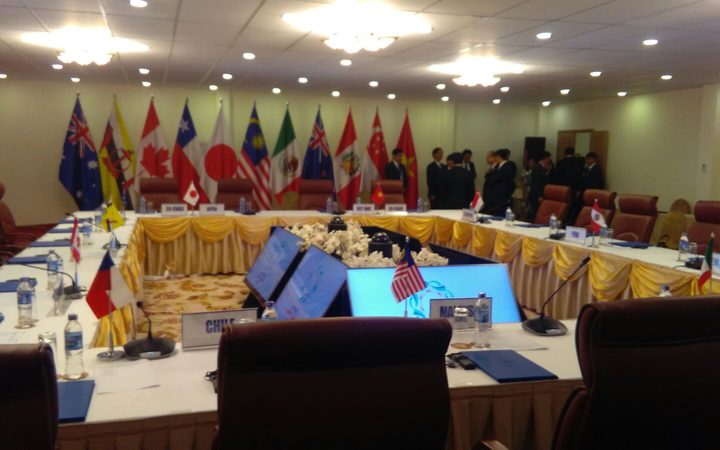 The meeting room where TPP-11 leaders were due to discuss the future of the trade pact. Photo: RNZ / Patrick O'Meara

Negotiations fell through tonight when Canada failed to show up for a meeting of the 11 nations involved in the talks.

The chair, Japan's Prime Minister Shinzo Abe, postponed the meeting, which was due to take place on the sidelines of the APEC summit in Da Nang, Vietnam.

New Zealand Prime Minister Jacinda Ardern said no reason was given for Canada not attending the meeting and she did not know what their possible objections might be, although she indicated they might have some domestic conerns.

No time or date has been set for the next gathering.

Last night Trade Ministers briefly thought they had reached agreement, before one unnamed country decided against it.